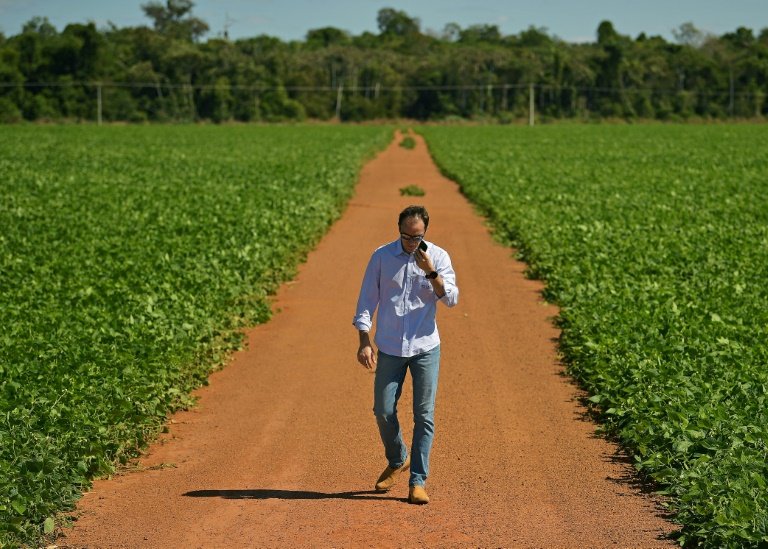 Rodrigo Pozzobon walks in a soybean field on his property in Vera, in Brazil's Mato Grosso state -- business is booming thanks to surging Chinese demand / © AFP

Brazilian farmer Rodrigo Pozzobon drives his pick-up truck toward his giant corn and soybean fields at the edge of the Amazon rainforest where, pandemic or not, business is booming thanks to surging demand from China.

Pozzobon has been racing to keep up with Chinese orders for chicken and pig feed, like many farmers in the greater Sorriso region, in the western state of Mato Grosso -- a vast expanse of farms considered the capital of Brazil's booming agribusiness industry.

"When this whole pandemic is over, I need a vacation," said Pozzobon, an agricultural engineer, as he headed up the red dirt road to Jacana, his 2,350-hectare (5,800-acre) farm.

Latin America's biggest economy is facing a record six percent recession this year because of the new coronavirus, which has infected and killed more people here than in any country except the United States: more than 3.1 million and 103,000, respectively.

But agribusiness, which accounts for more than one-fifth of the Brazilian economy, looks strikingly healthy, on track for revenue growth of two percent this year.

China is turning to Brazilian farmers more than ever because of its trade war with the United States, not to mention a plunge in Brazil's currency that has slashed the cost of its exports.

Battered by the economic fallout of the pandemic, the Brazilian real has fallen 25 percent this year against the dollar.

That's bad news for consumers, but good news for exporters in places like the Sorriso region, which is home to 1.5 million hectares of farmland -- about half the size of Belgium. 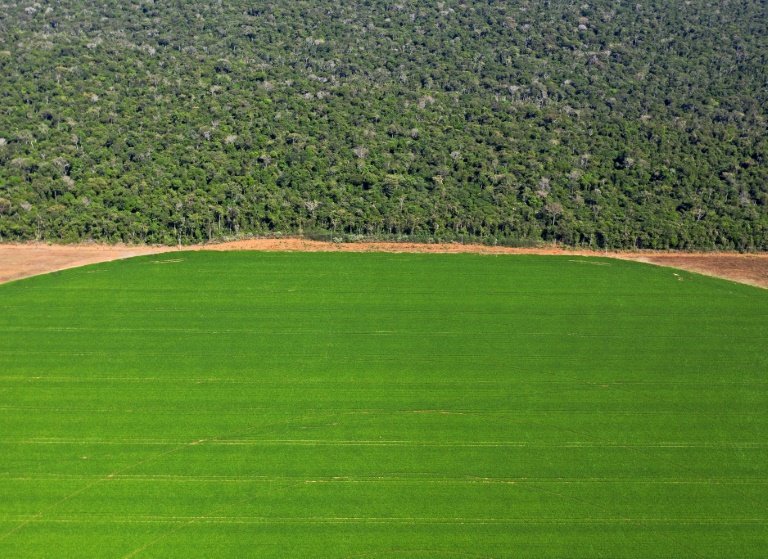 This is a land of industrial farming and genetically modified crops, which get sold to big distributors such as Cargill, Dreyfus, Bunge and Cofco.

Those corporations then sell them around the world, mainly to China, the destination for 72.6 percent of the region's output so far in 2020.

But there is a big blemish on that bright picture.

Brazilian agribusiness faces accusations of razing the Amazon, where there has been record deforestation in the first seven months of the year.

Flying over Mato Grosso farm country, the destruction of the rainforest is easily visible as scarred patches of bare land interrupt the lush vegetation.

Environmentalists say farmers and ranchers are responsible for much of the destruction.

The issue has grown even more tense since the election of far-right President Jair Bolsonaro, an advocate of opening up the world's biggest rainforest to agriculture and industry.

That loss -- nearly the size of Lebanon -- fueled worldwide alarm over the future of the rainforest, seen as vital to curbing climate change.

The destruction was driven by huge fires that raged across the Amazon from May to October, sending a thick haze of black smoke all the way to Sao Paulo, thousands of kilometers away and triggering worldwide alarm.

Pozzobon, whose family arrived in the region with a wave of settlers in the 1970s, insisted that increasing agricultural production doesn't have to mean destroying the forest. 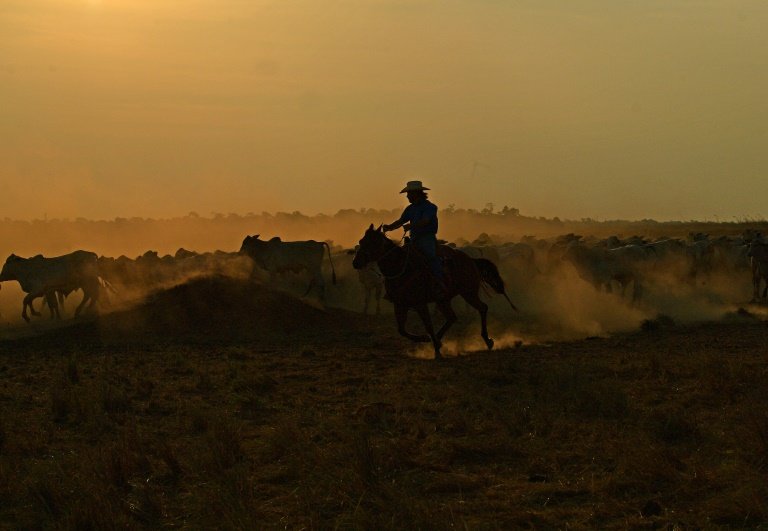 Millions of hectares of already deforested land being used to pasture livestock could be converted to crop land, he said by way of example.

He also pointed to a recent regulation requiring large farms to leave 80 percent of their land fallow each year to reduce pressure on the environment.

"I admit, we have a past of sin. We've destroyed forest land. Some landowners cut down more trees than they were supposed to," he told AFP.

"But that's been fixed, and we've paid the bill for harming the environment."

Facing international pressure to protect the forest, Bolsonaro has banned the use of fires to clear land.

But the practice is still occurring, as AFP correspondents saw near the town of Sinop, where fires had burnt several fields and spread into the surrounding forest.

The ongoing problem has fueled fears that fires during this year's dry season, which started in July, will be even worse than the ones that triggered global outcry last year.