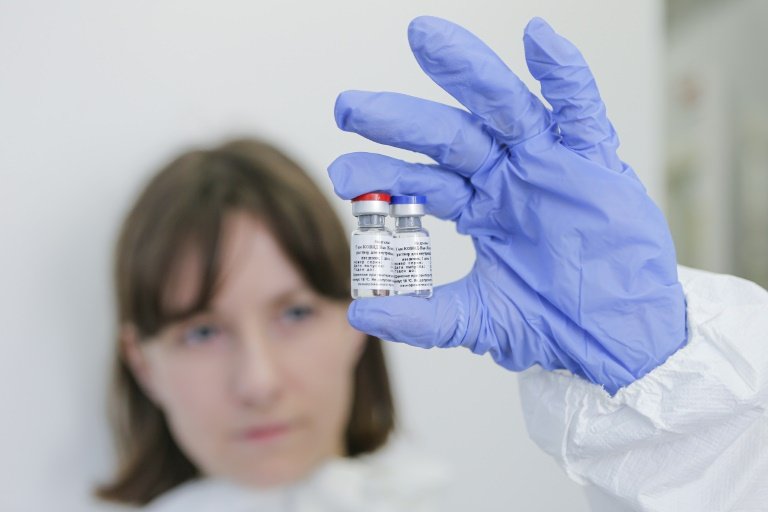 President Vladimir Putin said the vaccine was safe and that one of his own daughters had received the inoculation, dubbed "Sputnik" after the pioneering 1950s Soviet satellite / © Russian Direct Investment Fund/AFP

Russia claimed Tuesday it has developed the world's first vaccine offering "sustainable immunity" against the coronavirus, despite mounting scepticism about its effectiveness as fears grow over a second wave of infections across the globe.

President Vladimir Putin said the vaccine was safe and that one of his own daughters had received the inoculation, dubbed "Sputnik" after the pioneering 1950s Soviet satellite.

"I know that it is quite effective, that it gives sustainable immunity," Putin said of the vaccine developed by the Gamaleya research institute in coordination with Moscow's defence ministry.

Russia's health ministry said though clinical trials were not yet complete and final stage testing involving more than 2,000 people was to start only on Wednesday. 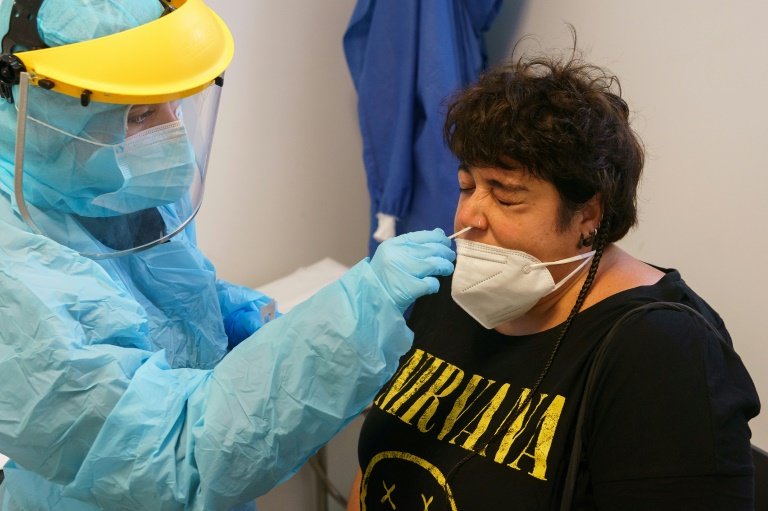 Western scientists have previously raised concerns about the speed of development of Russian vaccines, suggesting that researchers might be cutting corners.

The World Health Organization's spokesman in Geneva Tarik Jasarevic said it was in "close contact" with Russian health authorities but that it was too soon for any WHO stamp of approval.

"Pre-qualification of any vaccine includes the rigorous review and assessment of all the required safety and efficacy data," he said.

In Berlin, a spokesman for the German health ministry told newspaper group RND that "there is no known data on the quality, efficacy and safety of the Russian vaccine," adding that "patient safety is of the highest priority."

- Over a billion doses -

Kirill Dmitriev, the head of the Russian sovereign wealth fund that helped develop the vaccine, said the doubts about the vaccines were part of "coordinated and carefully orchestrated media attacks" designed to "discredit" the country.

He said that 20 foreign countries have pre-ordered over a billion doses.

The race for a vaccine is heating up as nations across the globe brace for new outbreaks of the disease -- even as they try to restart economies battered by months of lockdown.

Indonesia said Tuesday it would launch a Phase 3 human trial of a vaccine candidate from China's Sinovac Biotech.

Phase 3 refers to trials involving large numbers of human test subjects and is usually the last step before regulatory approval. 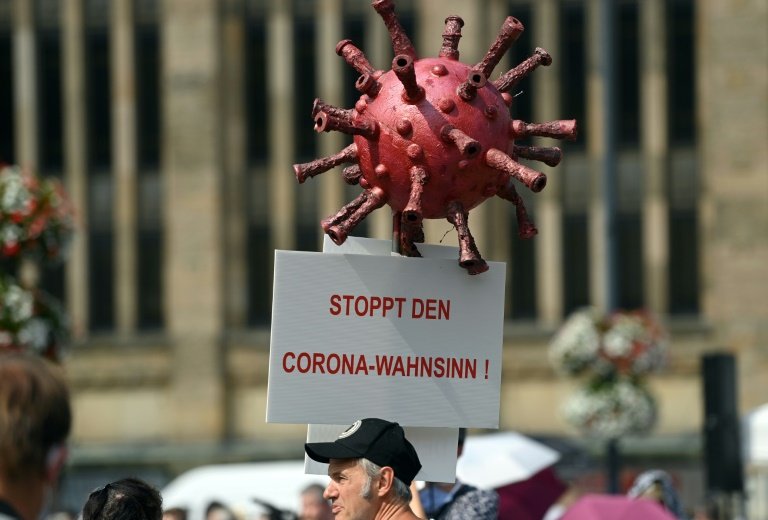 The WHO says that 165 candidate vaccines are being worked on around the world, with six reaching Phase 3.

But emergencies director Michael Ryan warned that finding a vaccine would not automatically spell the end for COVID-19.

"We have perfectly effective polio and measles vaccines, and we still struggle to eradicate or eliminate those diseases. You've got to be able to deliver that vaccine to a population that want and demand to have that vaccine," he said.

According to an AFP tally, the number of confirmed infections worldwide since the virus first emerged in China late last year has passed 20.1 million, with almost 737,000 deaths, with that number expected to surpass 750,000 within days.

In the United States, the world's worst hit nation, the death toll had risen to 164,480 as of Tuesday evening, with 1,110 more fatalities in the past 24 hours, according to the tracker at Johns Hopkins University. It said the total caseload of infections now stands at 5.14 million.

At the other end of the spectrum, New Zealand on Tuesday broke a more than 100-day streak without locally transmitted coronavirus infections. 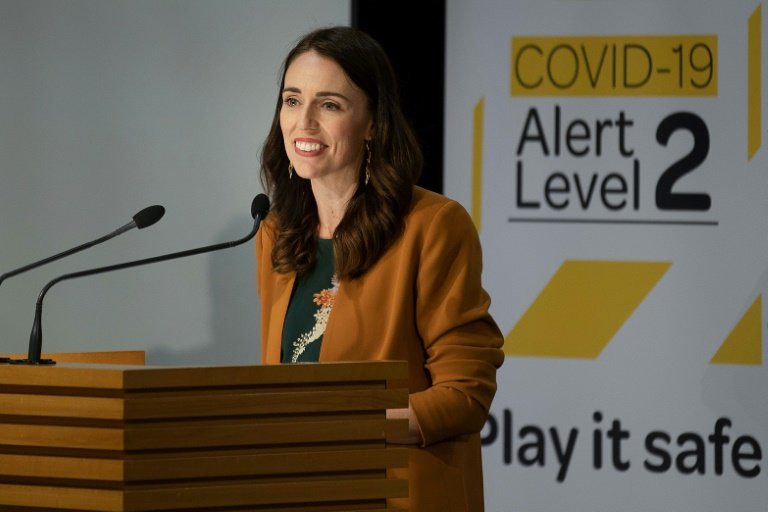 "We have all worked incredibly hard to prevent this scenario," Prime Minister Jacinda Ardern said, but "we have also planned and prepared for it."

So far, New Zealand has reported just 22 deaths from coronavirus, although authorities repeatedly warned a second wave was "inevitable".

The remote Himalayan kingdom of Bhutan on Tuesday announced its first coronavirus lockdown after having been largely shielded from the disease for months.

And in Europe, the European Union's ECDC health agency urged countries to reinstate some controls as new cases began to pick up again. 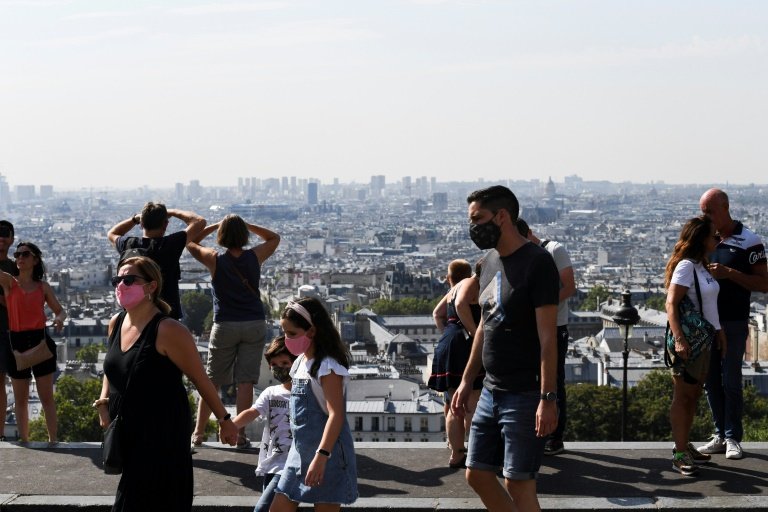 People must now wear masks at Paris spots like Montmartre, famous for its viewover the French capital's skyline / © AFP

France has reimposed mask-wearing in certain crowded areas and tourist hotspots of the capital Paris.

Prime Minister Jean Castex said he would ask local authorities "to extend as far as possible the obligation to wear masks in public spaces".

Castex added that unless the French public acted individually and collectively, "we expose ourselves to a high risk of epidemic resumption that will be difficult to control."

Several French towns and cities have already tightened mask rules, as have parts of Belgium, the Netherlands, and Romania.

In Spain, authorities have ordered nationwide mask-wearing in public places and some regions have returned to lockdown. 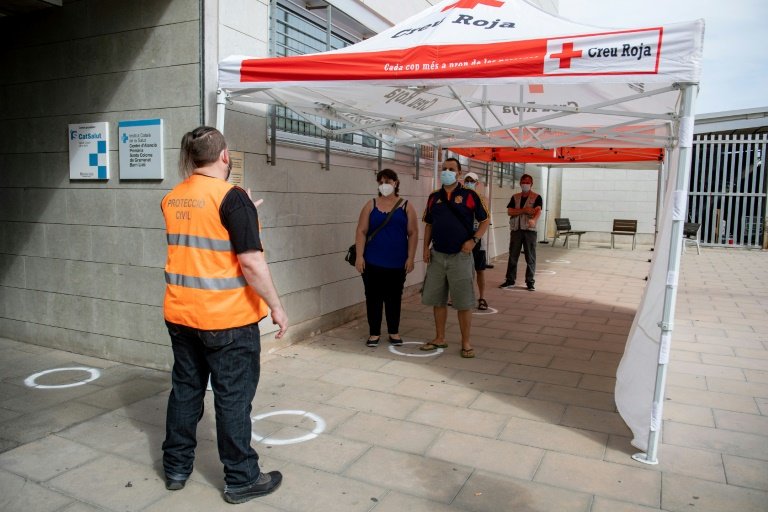 "It's a critical moment, we are right at a point where things can get better or worse," Salvador Macip, an expert in health sciences at Catalonia's Open University, told AFP.

"We have to pull out all the stops to curb outbreaks before they become more serious."

Spain has added an average of almost 5,000 new cases per day over the past week -- more than France, Britain, Germany and Italy combined.