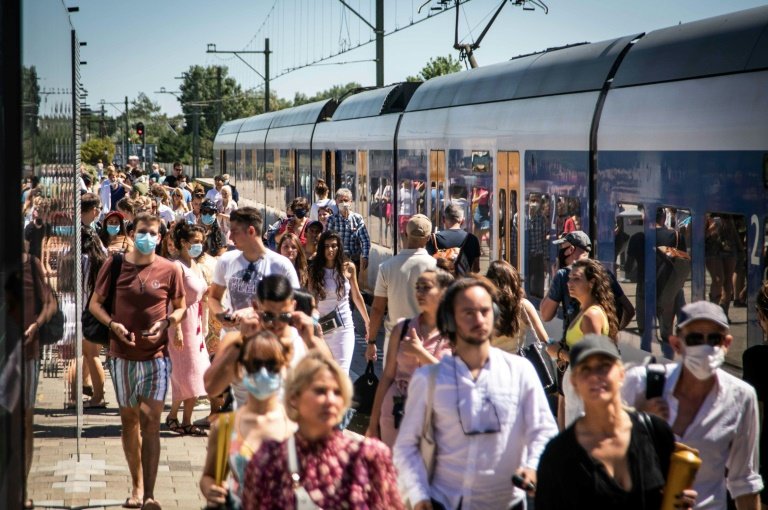 Swathes of Western Europe wilted under intense heat Friday, with socially-distanced crowds seeking relief in fountains and pools as authorities warned of health and wildfire risks.

From Britain to Italy, temperatures around 40 degrees Celsius (104 Fahrenheit) made face masks almost unbearable for many, as more cities begin requiring them outdoors to prevent surges in COVID-19 cases.

"Even in this stifling heat, it's better to put up with 38 degrees than catch the coronavirus," said Daniela Iannelli, a 55-year-old municipal employee in Rome.

Fourteen Italian cities were placed on high alert, while France issued warnings for about one-third of the country's 101 departments.

Paris officials imposed driving restrictions to limit ozone pollution as tens of thousands of vacationers prepared to flee to cooler climes, according to the nation's traffic surveillance agency.

Earlier Friday, a dramatic wildfire fanned by high winds on France's southwestern Atlantic coast was brought under control after it destroyed nearly a dozen homes and forced about 100 people to evacuate.

The blaze broke out late Thursday in the Chiberta forest park at Anglet, whose beaches just north of Biarritz draw surfers from around the world.

It was the latest of several in southern and central France this week, kicking off the annual fire season which officials warn could be worsened by drought and dry heat.

"The heatwave requires the state to be vigilant, and everyone to be cautious," French Prime Minister Jean Castex said while visiting firefighters in Bourg-en-Bresse, southeastern France.

Officials also urged families and neighbours to check in on the elderly, and retirement homes were on high alert since air-conditioners are being discouraged over fears they could foster coronavirus contagion.

An increase in COVID-19 cases prompted French officials to tighten face mask requirements in several cities this week, with many making them mandatory outdoors as well as in enclosed public spaces.

In the Netherlands, beachgoers were told to avoid the coastal resort of Zandvoort near Amsterdam, with public safety authorities saying it was too crowded to maintain social distancing. 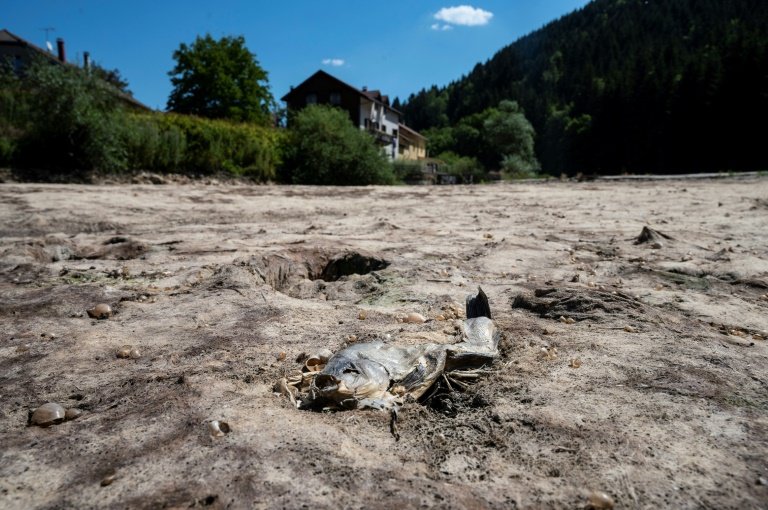 "There are much quieter beaches on our coast and on other waters, I advise you to look for them," the regional safety authority chairperson Marianne Schuurmans was quoted as saying by Dutch media.

Long queues of cyclists formed to take the ferry to Schiermonnikoog, one of the West Frisian islands near the German border, as temperatures in the southern Netherlands jumped to 35 Celsius.

Britain's national weather service said it was "the hottest day of the year by some way", with the mercury climbing to 37.8 degrees at London's Heathrow Airport.

Many in the capital packed onto trains heading for Brighton on the southern coast. 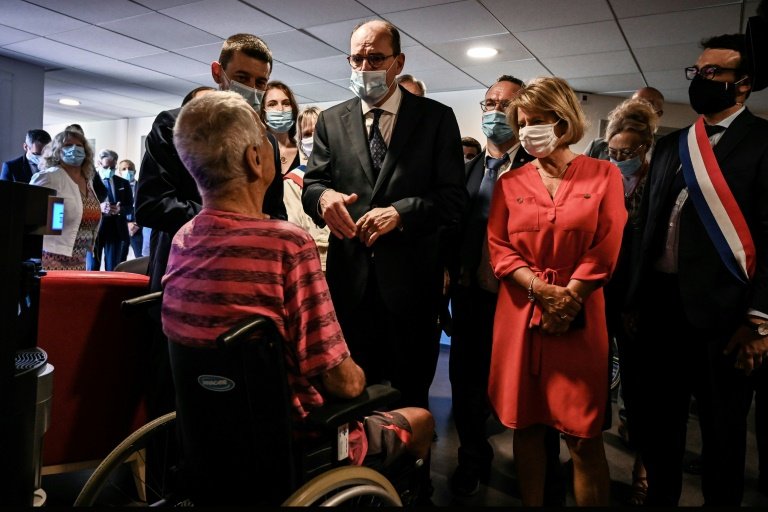 Austria and Bulgaria also reported their hottest day yet this year, with Vienna topping 37 degrees before a summer storm brought some relief.

The Spanish weather service said most of the country was scorching under an air mass moving north from Africa, with Madrid reporting 38 degrees while several cities in the interior saw 40 degrees or more.

As the traditional August holidays approach, swimming pools were in high demand despite face mask requirements.

In Germany, which also recorded its hottest day for 2020 with temperatures exceeding 35 degrees in parts of the south, public pools imposed limits on swimmer numbers in a bid to reduce the infection risk, with online-only ticket sales, no access to the showers or changing rooms and a 1.5-metre distance to be observed in the pools and out.

Authorities also urged people to observe a safe distance between one another at rivers and lakes.

Western Europe can expect relief from the high temperatures from Saturday, forecasts show.