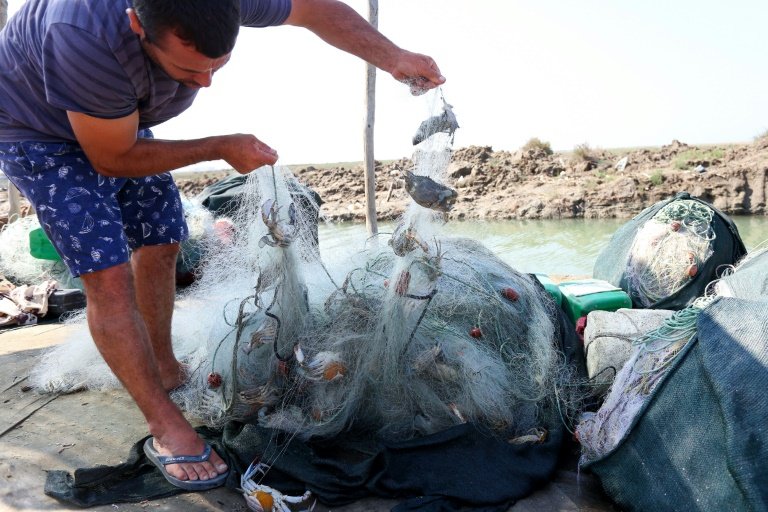 In the marshy coastal area near the Karavasta Lagoon, the blue crab clogs nets and weirs / © AFP

The blue crab may be pretty but it is a menace along Albania's coast.

A source of daily anguish for Balkan fishermen struggling to make ends meet, the invasive species is upsetting the region's ecosystems.

Native to the Atlantic, the crustacean started emerging in Albania's Adriatic waters over a decade ago, aided by warming sea temperatures.

In the marshy coastal area near the Karavasta Lagoon, the crab clogs nets and weirs, panicking fishermen who say the native marine fauna they rely on for a living are increasingly hard to find.

The crab "takes our daily bread and even the fish in the nets... there is nothing to sell," says Besmir Hoxha, 44, pulling one crab's blue pincers off a small fish crushed in his net.

His 40-year-old colleague Stilian Kisha holds up a hand streaked with cuts from his own battles.

"They are very aggressive and clever, a real curse," he says.

"This year we are seeing the crab everywhere, on the coast, offshore but also in inland waters, rivers and lagoons. The damage is enormous".

Some days the men collect up to 300 kilogrammes (650 pounds) of blue crab -- compared with only five to six kilos of the fish they sell on the market.

Stocks of local sea bass, red mullets and eel are disappearing, they say, as the foreign invader disrupts the delicate balance of underwater life.

"It's a daily challenge with the crab, who will be the first to catch the fish -- this morning the crabs won again," Stilian said.

Fishermen are right to be worried about a species whose females each lay millions of eggs, Sajmir Beqiraj, a professor of hydrobiology at the University of Tirana, told AFP. 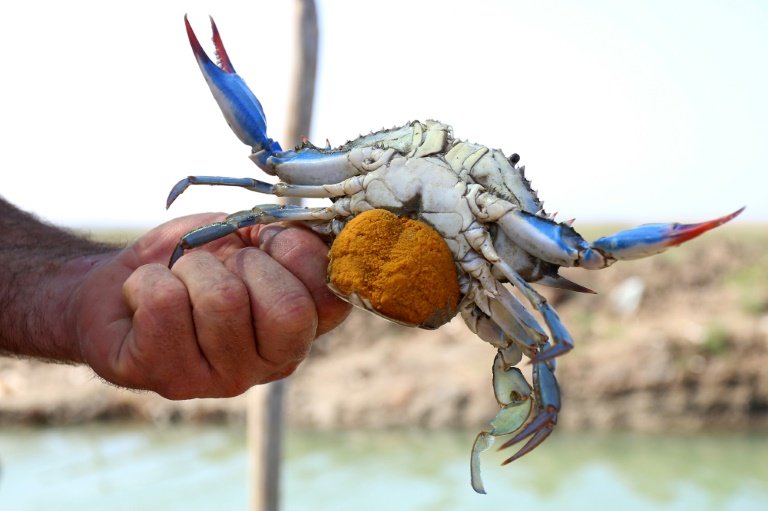 Callinectes sapidus, native to the Gulf of Mexico where it thrives, has spread around the world via ballast water from ships and is now among the top 100 invasive species in the Mediterranean.

"Global warming is creating conditions for the presence of exotic species in places where these conditions, especially temperatures, were not favourable a few years ago," Beqiraj said.

The blue crab "has already disrupted the natural balance of native populations, leading to the decline or even extinction of some species, especially local crabs."

The crustacean is also damaging underwater seagrass beds that serve as nurseries for local fish, devouring the mussels and snails they feed on.

"The damage to fish populations is considerable," Beqiraj said.

Although the crab's flesh is considered a delicacy by some, it is not widely eaten in Albania. 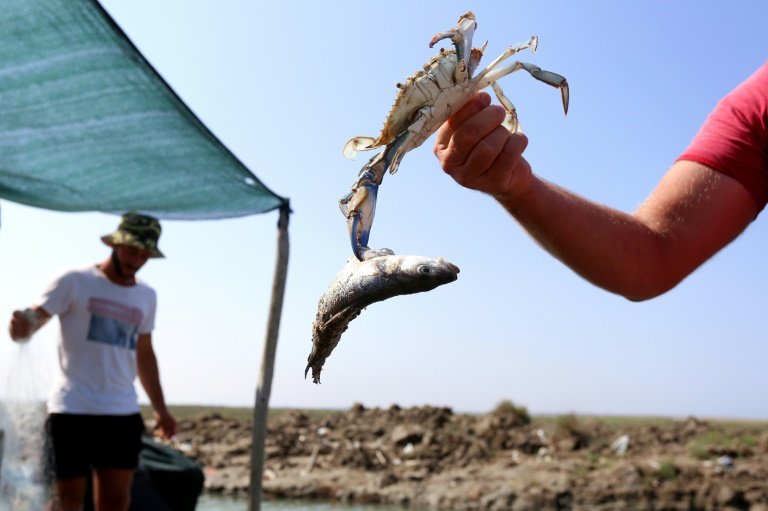 That leaves local fishermen with boatloads of seafood they can't sell. One kilogramme of crab is worth 40 euro cents compared to 14 euros ($16) for red mullets.

"There is no market for crabs," says Hoxha, who has a family of five to feed.

A ban on unfrozen exports to the European Union also limits the possibility of turning a profit elsewhere.

The fishermen see no choice but to leave the crabs out in the scorching sun to die.

"It's their breeding time and to prevent them from moving out to sea to lay their eggs, we throw them away," says Adrian Kola, a 27-year-old fisherman, emptying a large bucket of scuttling crabs onto the land.

"We must act quickly to find solutions, otherwise tomorrow it will be as difficult to control this invasion as it is to control the coronavirus".