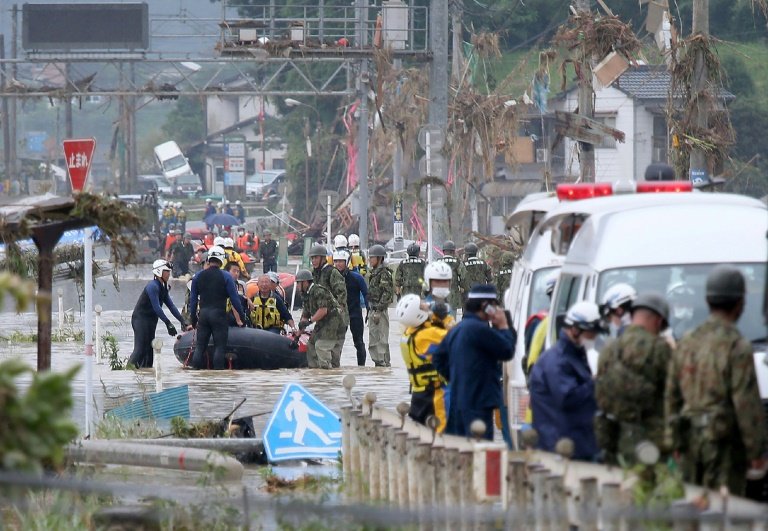 The floods destroyed houses and swept away vehicles, leaving many towns submerged under muddy water.

About 34 people are either confirmed or feared dead -- including 14 at a nursing home -- after torrential rain in Japan triggered massive floods and mudslides, authorities said Sunday.

Rescuers were searching for 14 people missing after floods hit the Kumamoto region on the southwestern island of Kyushu, destroying houses, sweeping away vehicles and causing bridges to collapse.

The regional government confirmed 18 people had died, while another 16 were in a state of "cardio-respiratory arrest" -- a term often used in Japan before a doctor officially certifies death.

Fourteen of the victims were at a nursing home that was inundated when local rivers broke their banks. Emergency services rescued 50 people from the facility.

More than 200,000 people have been urged to evacuate as authorities request those in emergency shelters to wash their hands, wear masks and maintain social distance to prevent the spread of the coronavirus. 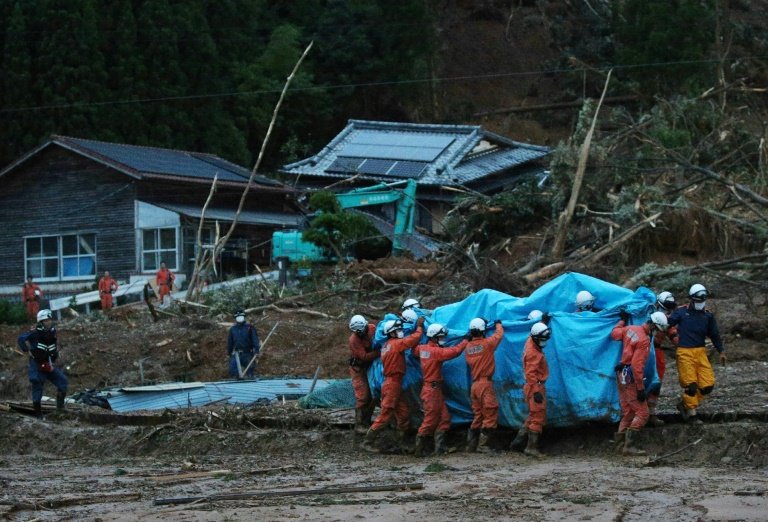 "We will do our utmost to prevent the spread of the infection and make the lives of those who had to flee their home as comfortable as possible," Disaster Management Minister Ryota Takeda told reporters after visiting a gymnasium in Hitoyoshi city where 600 residents are sheltering.

At a cabinet-level meeting in Tokyo on the disaster, Prime Minister Shinzo Abe pledged to offer financial support, while warning residents in Kumamoto to brace for more rain.

"As we speak, more than 40,000 personnel from police, fire, coast guard and Self-Defence troops are conducting search and rescue operations which will continue through the night," Abe said.

"Saving lives is our priority."

Heavy rain is expected in the region through Monday, Abe added. 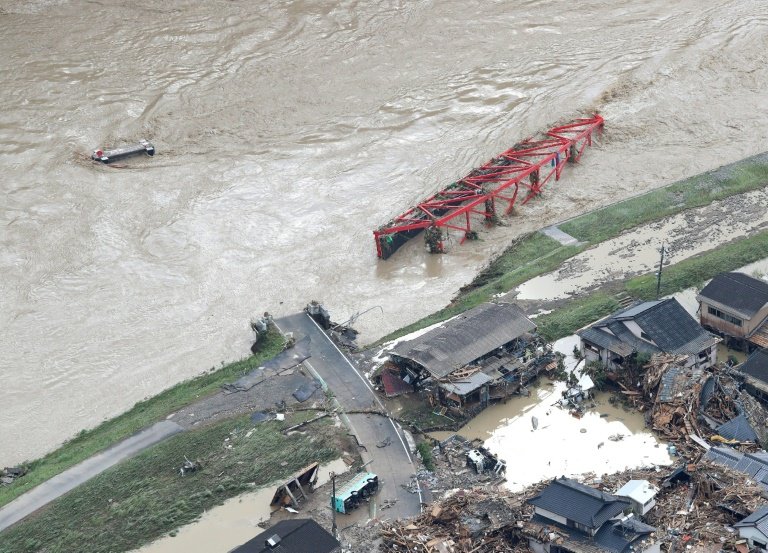 "We must remain vigilant," he said, warning residents to monitor news for further risks associated with flooding and landslides.

Communities along the Kuma River, which passes through Hitoyoshi, have been hit hard by the floodwaters.

Although the rain had eased in Kumamoto by Sunday morning, collapsed bridges and blocked roads due to flooding and mudslides have left many isolated in the region.

A large "SOS" sign was created on the grounds of what used to be an elementary school in Yatsushiro city, where about 10 people waved white towels at rescue and media helicopters.

Rescue workers and troops from the Self-Defense Forces used boats and helicopters to reach those stranded.

Japan is currently in its rainy season, which often causes floods and landslides and prompts local authorities to issue evacuation orders.