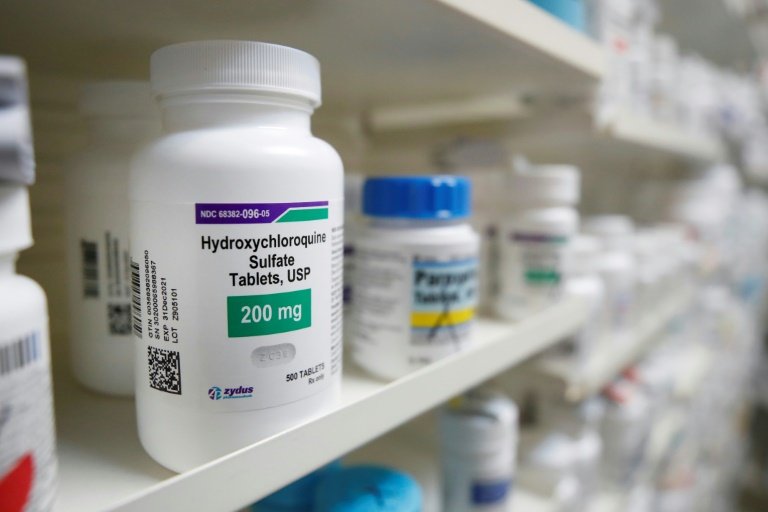 The Lancet has issued an "expression of concern" over a large-scale study of hydroxychloroquine and chloroquine it published that led to the World Health Organization suspending clinical trials of the anti-viral drugs as a potential treatment for COVID-19.

In a statement, the medical journal acknowledged "important" questions over the research, after dozens of scientists issued an open letter last week raising concerns about its methodology and transparency around the data, which was provided by the firm Surgisphere.

"Although an independent audit of the provenance and validity of the data has been commissioned by the authors not affiliated with Surgisphere and is ongoing, with results expected very shortly, we are issuing an Expression of Concern to alert readers to the fact that serious scientific questions have been brought to our attention," The Lancet said Tuesday.

While an expression of concern is not as severe as a journal withdrawing a published study, it signifies that the research is potentially problematic.

The observational study looked at records for 96,000 patients and concluded that treatment with hydroxychloroquine, which is normally used to treat arthritis, and chloroquine, an anti-malarial, showed no benefit and even increased the likelihood of patients dying in hospital.

Its publication last month triggered the WHO to announce it was pausing clinical trials of the drugs.

France was among the countries to also halt COVID-19 treatment with hydroxychloroquine.

It has whipped up fresh controversy over hydroxychloroquine, which has been endorsed by public figures including US President Donald Trump despite concerns over its side effects and a lack of evidence that it is effective.

The study's authors, led by Mandeep Mehra of the Brigham and Women's Hospital in the US, looked at data from hundreds of hospitals between December and April and compared those who received treatment with a control group.

It followed numerous smaller studies that suggested hydroxychloroquine is ineffective in treating COVID-19 and might even be more dangerous than doing nothing.

But in an open letter last week, a group of scientists raised "both methodological and data integrity concerns" about it.

These included a lack of information about the countries and hospitals that contributed to the data provided by Chicago-based healthcare data analytics firm Surgisphere.

While The Lancet corrected a discrepancy in data from Australia, the authors said they stood by their findings and announced an independent review.

But concerns over the underlying data continued, and this week the New England Journal of Medicine also issued an expression of concern over another study using the Surgisphere database that looked at cardiovascular drugs and COVID-19.

Among the most outspoken critics of The Lancet study has been Marseille-based professor Didier Raoult, whose own work has been at the forefront of promoting hydroxychloroquine and has also been subject to criticisms over methodology.

But other critics, like Francois Balloux of University College London, raised concerns over the way the study was conducted, even though they are sceptical the drugs themselves would work as a treatment for COVID-19.

Peter Horby, professor of emerging infectious diseases and global health at Oxford University said the controversy should spark "serious reflection" over the quality of the peer review process.

"Scientific publication must above all be rigorous and honest. In an emergency, these values are needed more than ever," he said.

He added, however, that decisions to halt trials on the basis of an observational study were "completely unjustified".

A spokesman for the WHO last week said a comprehensive review of the drugs was expected to reach a conclusion in mid-June.