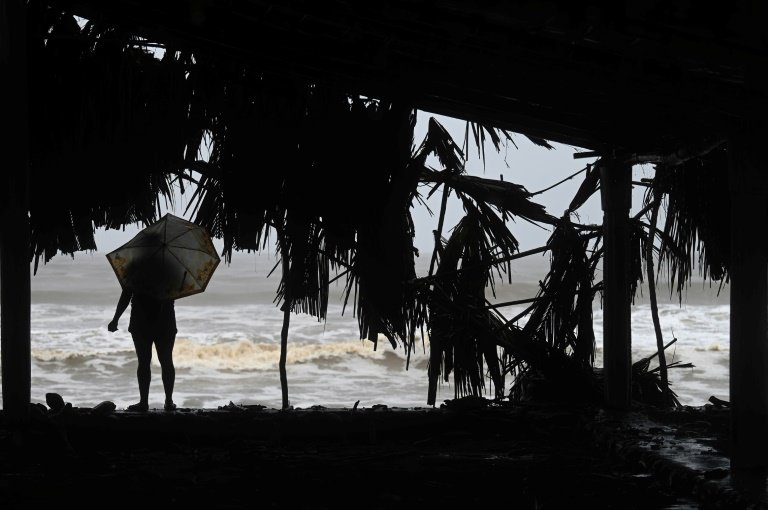 Tropical Storm Cristobal's formation in the Gulf of Mexico marks a new record as the earliest that the Atlantic hurricane season has seen its third named disturbance, US meteorologists said Tuesday.

The storm is producing maximum sustained winds of 40 miles (65 kilometers) per hour with some stronger gusts, as it swirls about 140 miles from the Mexican city of Campeche on the Yucatan peninsula, according to the Miami-based National Hurricane Center (NHC).

The agency predicted the storm would move slowly, remaining in the southern Bay of Campeche until Wednesday evening.

A Tropical Storm Warning was issued from Campeche to Veracruz.

Cristobal was expected to move further into the Gulf of Mexico, though it is too early to predict whether it might hit the southeastern coast of the United States.

"Some strengthening is possible during the next day or so," the NHC said.

The storm system was originally known as Tropical Storm Amanda when it formed as the season's first storm in the Pacific, leaving at least 18 people dead as it crossed over Central America before being renamed as Cristobal in the Gulf.

The last time a third named tropical storm formed so early in the season was 2016, when Colin formed on June 5, three days later than Cristobal, University of Colorado meteorologist Philip Klotzbach said on Twitter.

Records for such measurements began in 1851.

This year's previous Tropical Storms Arthur and Bertha already formed weeks before the official start of the Atlantic hurricane season, which runs from June 1 to November 30.

US meteorologists have warned that this year is expected to be more active than most.