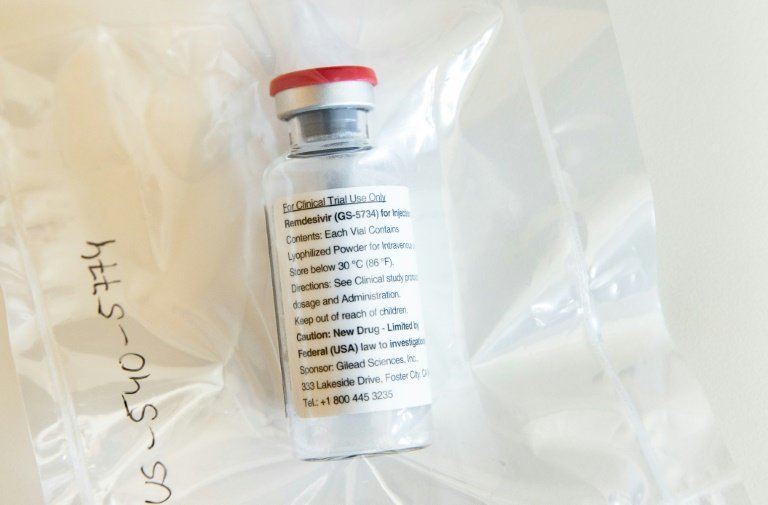 Gilead Science's remdesivir, one of the most highly anticipated drugs being tested against the new coronavirus, showed positive results in a large-scale US government trial, the company said Wednesday.

"We understand that the trial has met its primary endpoint and that NIAID (National Institute of Allergy and Infectious Diseases) will provide detailed information at an upcoming briefing," the company said.

Though it is difficult to precisely quantify the finding in the absence of results, it represents the first time any drug has been shown to improve outcomes against the COVID-19 illness, which has claimed more than 200,000 lives globally and brought the world economy to a grinding halt.

There have been mixed results for the intravenous antiviral in recent weeks. A summary of results posted on the website of the World Health Organization showed it failed in a smaller Chinese trial, but days before that, Stat reported it had shown significant efficacy at a Chicago hospital.

However, this trial, begun in late February and overseen by the US government, is the largest and technically most robust.

According to a data sheet, its estimated enrollment was 800 patients, a portion of whom received the drug while the rest received a placebo.

Neither the patients nor their physicians were aware of which group they belonged to, in order to eliminate unconscious bias.

It is a Phase 3 trial, the final stage before any medication can receive regulatory approval from the Food and Drug Administration (FDA).

Remdesivir, which previously failed in trials against Ebola, belongs to a class of drugs that act on the virus directly -- as opposed to controlling the abnormal and often lethal autoimmune response it causes.

It mimics one of the four building blocks of RNA and DNA and gets absorbed into the virus's genome, which in turn stops the pathogen from replicating.

The antimalarial drugs hydroxychloroquine and chloroquine are also being widely used against COVID-19 on a so-called "compassionate basis" pending results from large trials, with early studies decidedly mixed.