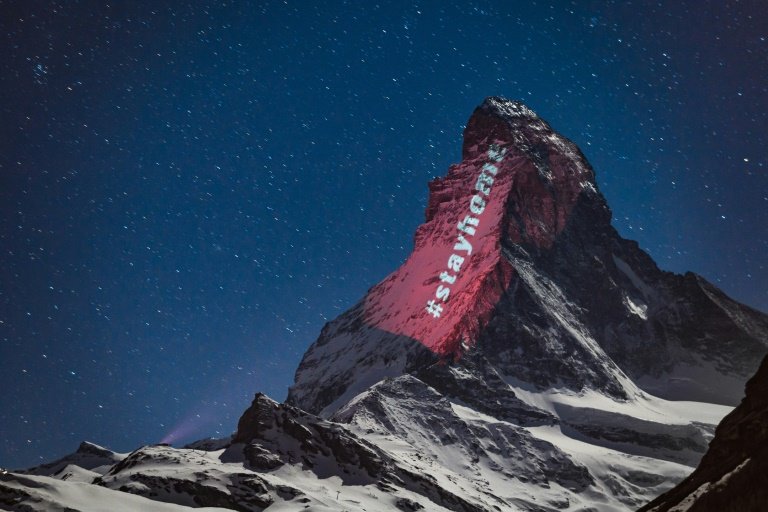 As the world reels from the coronavirus crisis, a beam of light is illuminating Switzerland's Matterhorn mountain with a message of hope for a time of darkness.

Every night from sunset, the 4,478-metre (14,692-foot) high national symbol is spalshed with words and images to inspire solidarity as people face up to the alarming spread of the deadly pandemic.

The light projections, nearly 800 metres high, have been beamed for more than a week from four kilometres away onto the north and east faces of the mountain, which straddles Switzerland's southeastern border with Italy. 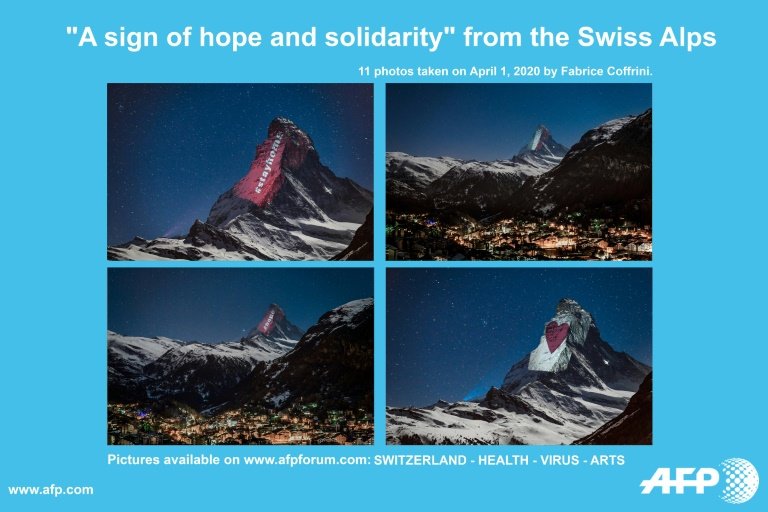 The light projections, nearly 800 metres high, are beamed from four kilometres away onto the  north and east faces of the mountain / © AFP

"We started with a Swiss flag, because it speaks to the mountain and our nation," said light artist Gerry Hofstetter, known for transforming buildings around the world with his displays.

The words "hope", "solidarity" and "stay home" have since been projected onto the peak, along with a giant red heart on a white background -- in the Swiss national colours.

The flags of Switzerland, Italy and the Swiss region of Ticino were also beamed onto the mountain on Wednesday night.

The southern Ticino canton, which borders stricken northern Italy, has been the hardest-hit in Switzerland. 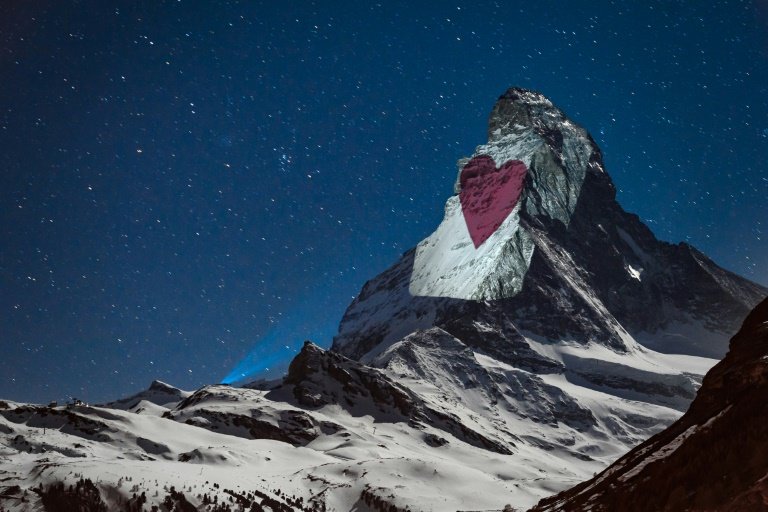 The flags of other badly-affected nations will be projected onto the mountain in the coming days and weeks.

The projections can be seen on live high-definition webcams.

Dominating the skyline, Hofstetter said the Matterhorn stands out like a lighthouse, which triggered the idea of beaming out messages.

"Light is hope. So if you do a message with light in such a situation as we are in now, you give that hope -- especially with this iconic, standalone, pyramid-shaped, incredibly strong mountain," he said. 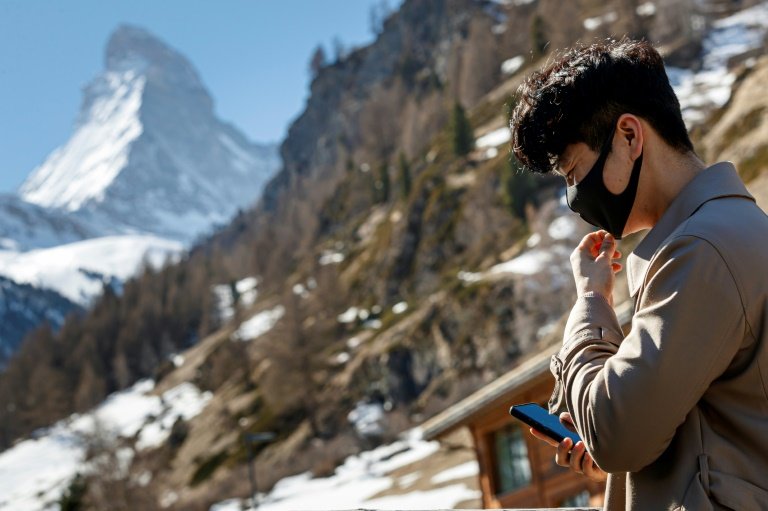 "The Matterhorn was here before mankind was.

"You can go back in history, two, three or four thousand years; when they had disease, it was art that brought people together for hope and looking for a brighter future once again. Only art can do this."

The Matterhorn overlooks the ski resort of Zermatt deep down in the valley below. The normally-bustling town is devoid of tourists, hotels and holiday homes largely empty. The starry night is eerily quiet.

Switzerland, which has registered more than 18,000 cases and 430 deaths from COVID-19, has shut schools, bars, restaurants and non-food shops in a bid to halt the spread of the virus.

Around the world, nearly a million people are known to have been infected, while nearly 50,000 lives have been lost in the pandemic. The Alpine resort of Zermatt, beneath the Matterhorn, is virtually empty of tourists amid the spread of the COVID-19 virus / © AFP

"We are fortunate here to live in a very beautiful area and we also want to share it with the world, to give people courage to help them to overcome this difficult period," he told AFP.

Hofstetter, 58, refuses to reveal where he is projecting from, but says he and an assistant are hunkered down at a camp high in the mountains above Zermatt, having set out with enough food to last for a month.

Speaking to AFP by telephone, he said the messages would be meaningless if he was not making sacrifices of his own to project them.

Every other day, he walks three hours through the snow to haul up 45 litres of water for drinking, washing and cleaning, with temperatures at times plunging to minus 22 degrees Celsius (minus eight Fahrenheit).

"We are really making an effort," he said, "through living here and trying to survive -- this message is honest."

The light projections are due to last until April 19, when Switzerland's emergency measures are set to expire.

However, if they are extended, there is no going home for Hofstetter.

"Imagine we give out such a strong sign of hope, and its prolonged, and on the 19th we switch off. That will give a sign that even the Matterhorn doesn't believe in hope anymore," he said.