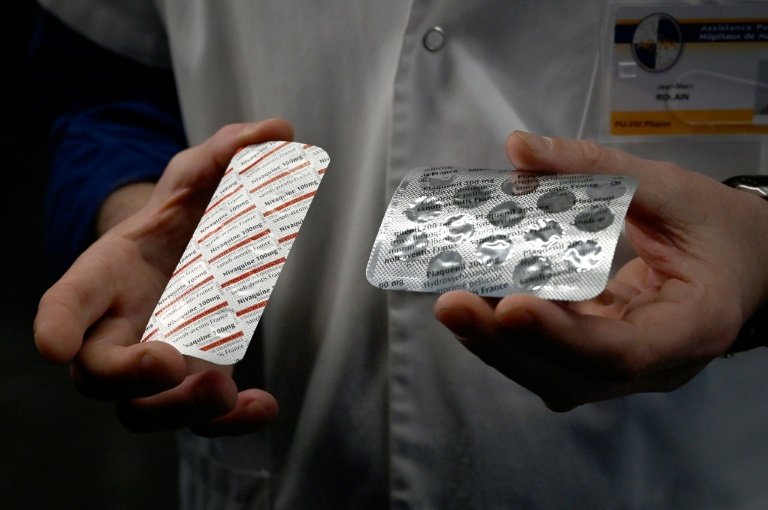 Hydroxychloroquine, an antimalarial drug dubbed a "gift from God" by US President Donald Trump for its potential ability to fight the new coronavirus, was found to be no more effective than standard treatment in a small Chinese study.

The paper, which was published in the Journal of Zhejiang University on March 6, looked at 30 COVID-19 patients, half of whom received the medicine.

After seven days, 13 of the patients who were on the drug tested negative, compared to 14 people who weren't on it.

One of the patients on it went on to develop severe illness, while the median time taken for the individuals to recover was similar in both groups.

The sample size is considered too small to be statistically significant.

But a similar number of patients were examined in a recent French study that found the same drug to be highly effective at fighting the infection, especially when taken in combination with the antibiotic azithromycin.

That triggered heightened global interest in hydroxychloroquine, and a related compound called chloroquine, which are synthetic forms of quinine and have for decades been used to treat malaria, as well as rheumatoid arthritis and lupus.

President Donald Trump last week announced his administration was working with pharmaceutical companies to expand access to the medicines so that more doctors can prescribe them "off label" -- meaning not for their original intended use.

Trump has said they could be a "gift from God" and a "game changer," even as many scientists have cautioned against overhyping unproven medicines before large scale clinical trials are carried out.

Such experiments are considered the gold standard in the field, last months or years and involve thousands of patients, often from around the world.

Patients are assigned at random to either receive the drug under investigation or a placebo, and the studies are "blinded" meaning the participants and their doctors are unaware which group they are in, to further reduce bias.

New York state, now the US epicenter of the pandemic with more than 30,000 cases and almost 200 deaths, began such a trial on Tuesday.

A man in Arizona, meanwhile, died this week after he ingested a non-medical form of chloroquine used to fight parasites in aquariums.

His wife, who also took the substance and was hospitalized, reported they had heard Trump talk about the benefits of the medicine and decided to try it.