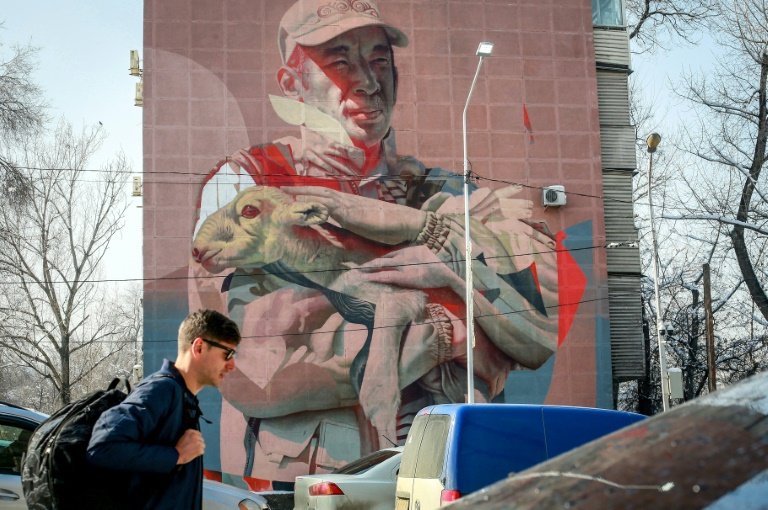 A court in Kazakhstan on Friday sentenced three poachers to life in prison for beating to death a state ranger charged with protecting the endangered saiga antelope.

In a high-profile case that shook the Central Asian nation, a group of poachers attacked two rangers on duty in January last year. One of the rangers, 52-year-old Yerlan Nurgaliyev, died of his injuries in a hospital.

His death highlighted the scale of poaching in Kazakhstan, home to the largest population of saiga in the world. Another ranger was shot dead attempting to apprehend poachers in July last year.

Seven poachers were detained after the attack and charged. The court in the central Kazakh city of Karaganda on Friday convicted three of them of murder, attempted murder and illegal hunting, handing them life sentences.

The four others were convicted of illegal hunting and sentenced to six years in prison each.

Almat Kaskyrbai, a lawyer representing the slain ranger's son, welcomed the "tough" verdict but said the state should have done more to protect rangers, including by providing them with proper equipment.

"There needs to be an investigation to prevent this from happening in the future," he said.

Nurgaliyev has been hailed as a folk hero -- a state official of integrity in a country where endemic corruption has fuelled dissatisfaction.

The ranger is even celebrated in a mural on the facade of a Soviet-era apartment block in Almaty, Kazakhstan's largest city.

A now iconic photo of Nurgaliyev cradling a baby saiga on the steppe, which was widely shared on social media after his death, appears to have become the inspiration for the painting.

Kazakh President Kassym-Jomart Tokayev has promised to crack down on poaching, calling it "a very dangerous form of organised crime".

"Poachers are well-equipped, armed and act with impunity," Tokayev said in a state-of-the-nation address last September.

"Poaching has gained a strong foothold," he added, accusing law enforcement agencies of turning a blind eye to illegal hunting.

Saiga antelopes, which have distinctive bulbous noses, are listed as a critically endangered species by the World Wildlife Fund, a global conservation group.

They have roots in the last Ice Age and risked total extinction a number of times in the modern era.

The Soviet period saw the animals enjoy unprecedented protections -- a blanket ban on hunting from 1919 followed by strictly enforced quotas introduced in the 1950s.

By that time there were more than two million saiga in the USSR, where their numbers were concentrated, up from a few thousand just prior to the Bolshevik revolution. 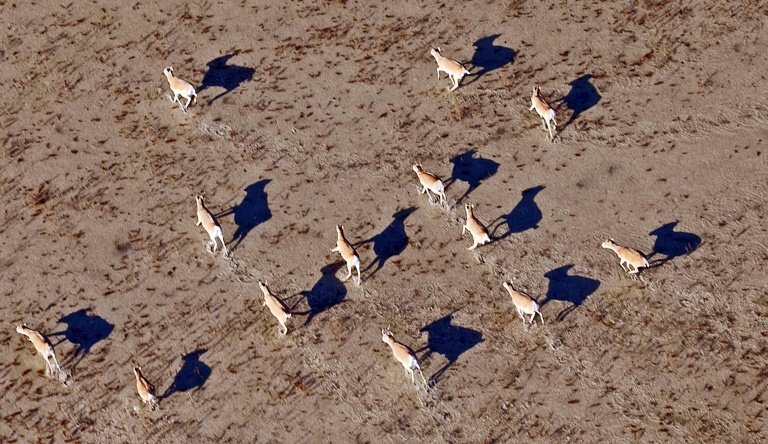 Kazakhstan's saiga population has since bounced back, growing by more than 55 percent in 2019 alone to 334,000, according to government data / © AFP/File

But after the collapse of the Soviet Union, madcap hunting in Kazakhstan drove the animal to the brink once more.

China is a key market for the horns of the male saiga, which are highly valued in traditional medicine.

In recent years Kazakhstan has succeeded in stemming illegal hunting.

It is a criminal offence to hunt saiga antelopes and poachers face up to five years in prison if caught.

But there are other threats to the existence of the striking creatures which live up to 10 years.

In 2015, around 200,000 saiga antelopes -- well over half the total global population at the time -- were wiped out by a mysterious illness that felled entire herds.

It was not until three years later that scientists determined that a nasal bacterium strengthened by unusually warm and humid conditions had caused the die-off.

Kazakhstan's saiga population has since bounced back, growing by more than 55 percent in 2019 alone to reach 334,000, according to government data. Smaller saiga populations exist in Russia and Mongolia.