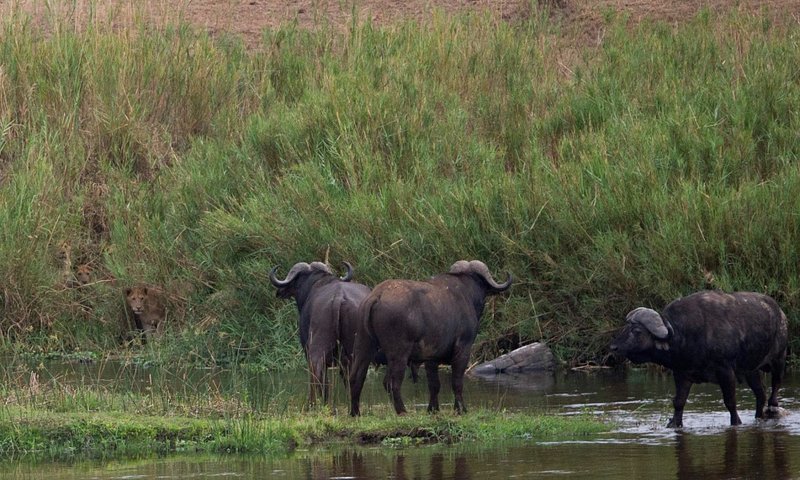 Wildlife photographer David Bough was observing buffalo in Kruger National Park when the usually calm animals suddenly became agitated. Danger was lurking in the tall grass behind the river...

Photographer David Bough shared the puzzling image on the South African National Parks Facebook page, asking how many lions are in the picture.

Bough told FTW Outdoors that he was standing on an observation deck when he witnessed the mesmerizing scene. The buffalo reportedly kept together in a group and assumed a defensive posture after spotting the lions. They then rushed across the river.

Two of them even "charged into the reeds, scattering the lions, who decided that discretion was the better part of valor and hightailed it out of harm’s way,” Bough told FTW..

Kruger National Park, in northeastern South Africa, is one of Africa’s largest game reserves and one of the world's greatest wildlife-watching destinations. 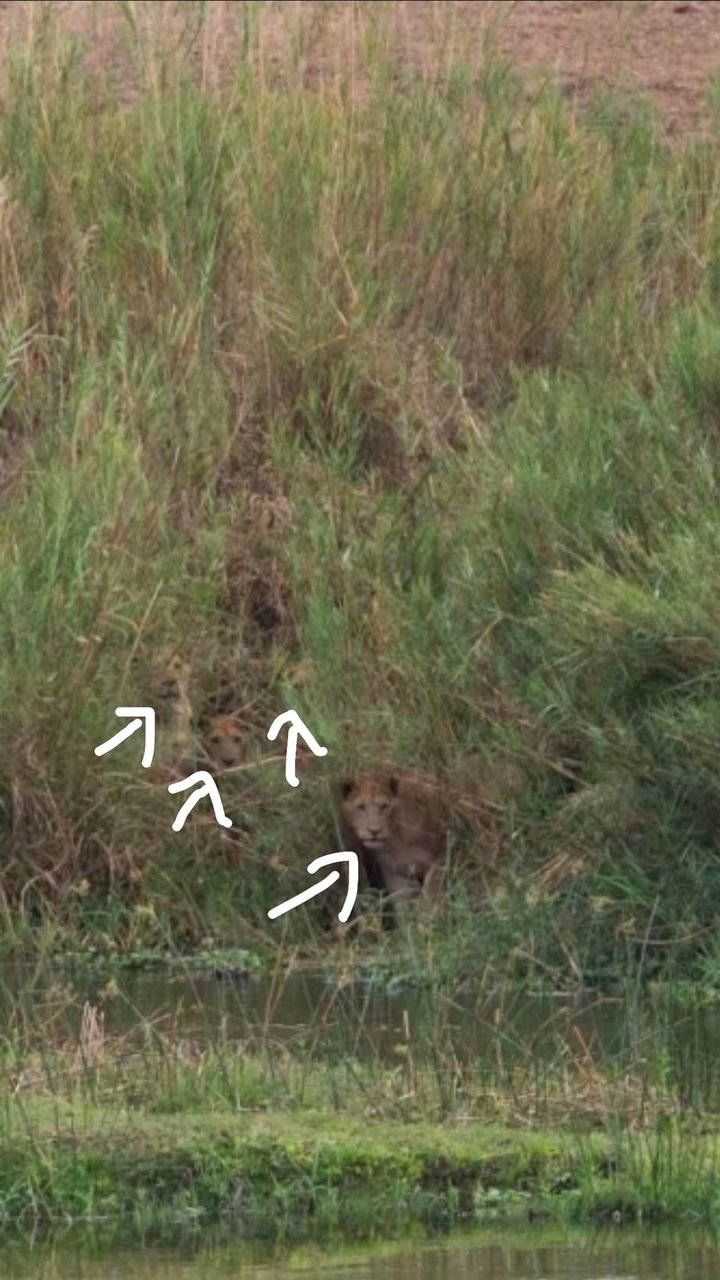