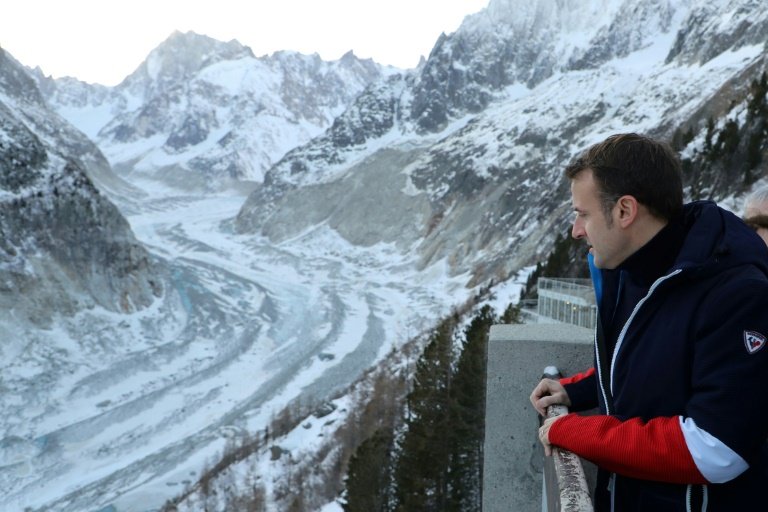 French President Emmanuel Macron on Thursday urged the "fight of the century" to combat climate change and preserve the environment, as he visited an iconic Alpine glacier at risk from global warming.

Macron is keen to burnish his green credentials as he begins the road towards 2022 presidential elections although sceptics have not always been impressed by his ambitious environmental rhetoric.

On a high-profile visit to the foot of Mont Blanc, France's highest mountain, in the heart of the Alps, Macron was taken to the Mer de Glace ("Sea of Ice"), a glacier which has awed travellers for centuries.

Marching through the glacier on a special walkway, Macron inspected a natural wonder that has receded by 8-10 metres (26 to 32 feet) annually, or two kilometres (1.2 miles) since 1850.

"I did not expect a melting as quick as this. It leaves a huge impression. You see how the failure to take decisions has resulted in that," the president said, blaming "a very direct impact of climate warming."

According to the International Commission for the Protection of the Alps (CIPRA), temperatures in the mountain range have risen by nearly two degrees Celsius (3.6 degrees Fahrenheit) in the past 120 years -- almost double the global average, and will continue to soar.

The world's nations agreed in the French capital in 2015 to curb average global warming to 2.0C over pre-Industrial Revolution levels, or to 1.5C if possible.

But the one-degree mark has already been exceeded and scientists warn Earth is on track for 3.0C unless the Paris agreement signatories improve their targets for reducing planet-warming greenhouse gas emissions.

Warming is not the only threat to Mont Blanc.

Macron told reporters after his visit that a major concern was a rise in "aberrant behaviour" by climbers and visitors.

Recent incidents have included a British tourist abandoning a rowing machine on the famed mountain, a German tourist making the ascent with his dog against the rules, and two Swiss climbers landing a small plane just east of the summit before hiking to the top. 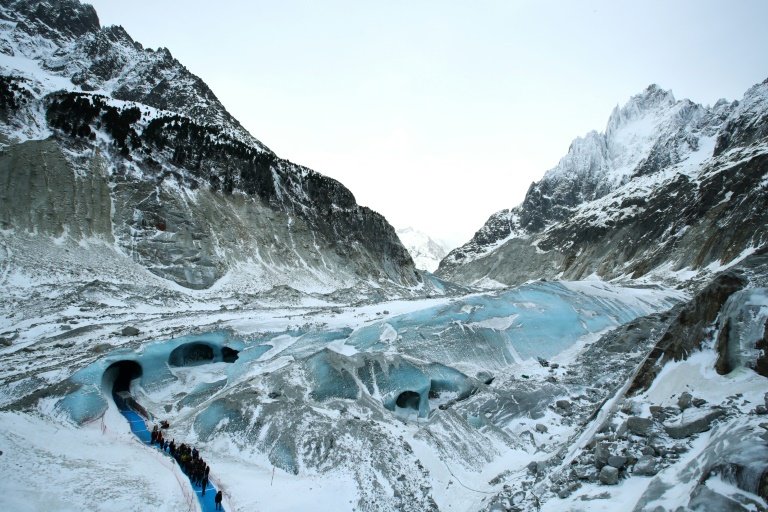 The mayor of Chamonix, where Macron held his press conference, last year urged the president to act against such "wackos".

Macron said a protected area will be declared around the mountain, and the existing fine of 38 euros ($41) for undesired activities would be hiked to between 750 and 1,500 euros.

These steps would go a long way, he said, to making legitimate alpine tourism possible while discouraging harmful practices.

He also announced that certain types of heavy trucks will be banned from the heavily-polluted nearby Vallee de l'Arve.

Macron said the search for a new way for humans to live that has less impact on the environment "will be the fight of the century".

But he insisted that protecting the environment was not in conflict with economic development.

"We need to show that this strategy is compatible with economic progress because this is the strategy in which I believe," he added.

Urging no stigmatisation of agriculture, Macron added: "We will only succeed in this struggle if we bring everyone together. This has not always been our strong point in this country."

Macron is keen to make the environment a key theme of the second half of his mandate as he emerges from a bruising standoff with unions over pension reform. 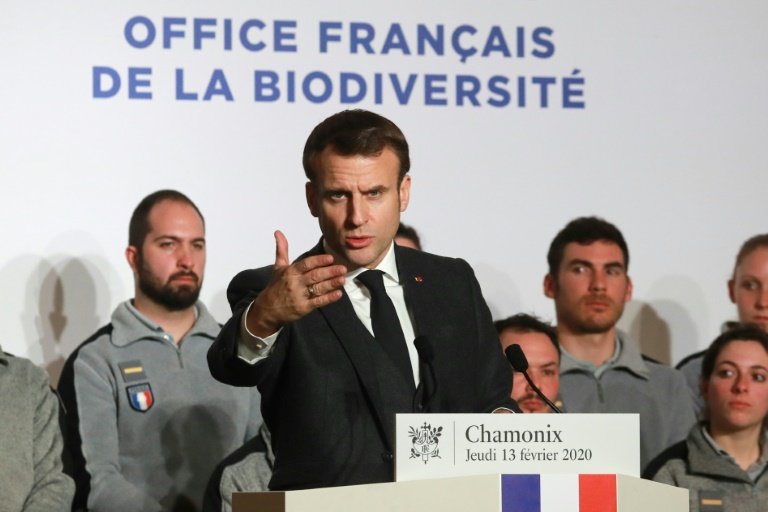 French President Emmanuel Macron seeks to burnish his green credentials as he looks ahead to the next presidential elections in 2020. / © AFP

However not all of his moves in the area have met with success.

His first appointment as environment minister, celebrity environmentalist Nicolas Hulot, quit during a live radio interview in August 2018, saying his cabinet colleagues were doing too little to tackle the climate emergency.

"We still have a long way to go, which is why the year 2020 will be a decisive year for biodiversity, the year in which we can start to make a difference," said Macron.