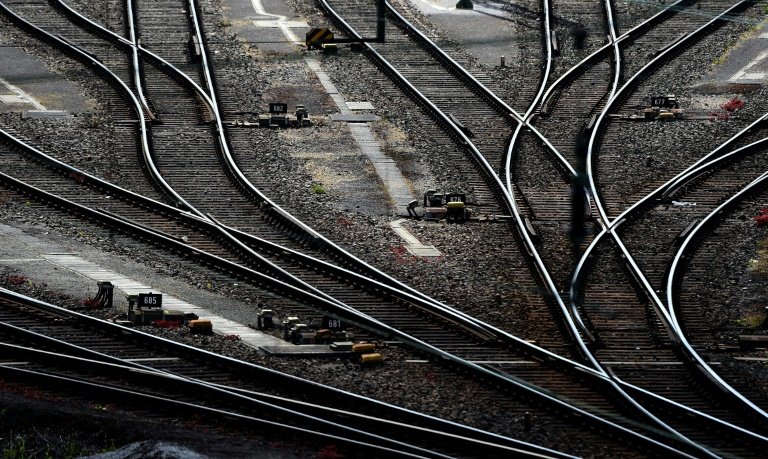 'The decade for railway' is coming in Germany / © AFP/File

The German government on Tuesday agreed to pump 62 billion euros ($69 billion) into its rail network as part of a wider plan to promote greener transport.

"We've just signed the biggest programme of modernisation ever in Germany," said Transport Minister Andreas Scheuer, adding that "this is the decade for railway".

Besides the massive sum stumped up by the state, German rail operator Deutsche Bahn will also plough an additional 24 billion euros into the renewal programme.

He vowed to improve punctuality -- a major turn-off for commuters -- but also called for patience as the upgrade will undoubtedly bring disruption.

Getting more people to switch from cars and plains to trains is central to a package aimed at helping Germany ensure its 2030 emissions are 55 percent lower than 1990 levels.

As part of the climate package, train fares will go down but higher taxes will make air travel more costly.

Export power Germany has for years been under pressure to use its huge budget surpluses to loosen the purse strings and invest in crumbling infrastructure.

Batting away the criticism, Germany has in recent months pointed to the ambitious environmental plan to underline the massive outgoings it has pledged for the coming decade.

After two blistering summers and thousands of youths joining school strikes week after week, climate change has shot to the top of the political agenda.

In its battle to cut emissions, car-mad Germany has lagged badly behind in the transport sector, where state-coddled auto giants VW, Daimler and BMW have long focused on gas-guzzling SUVs over hybrid or zero-emission cars.