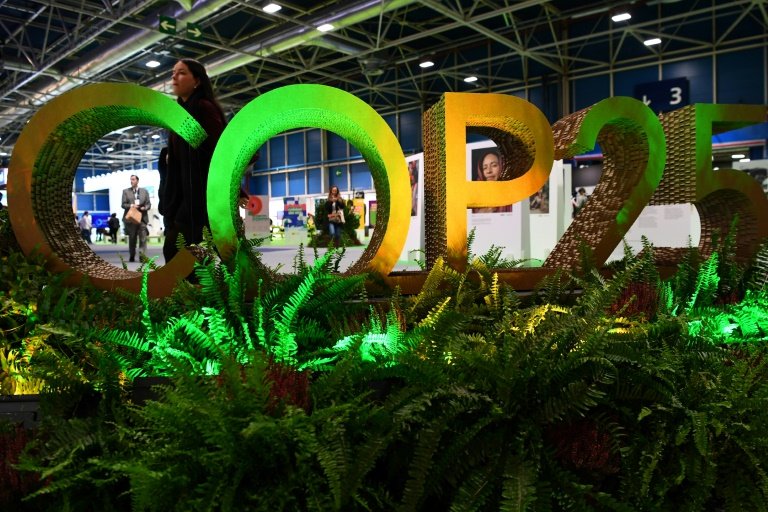 Welcome to the world of climate diplomacy, where the difference between "shall" and "should" can be debated for days, and determine whether a treaty has teeth or is toothless / © AFP/File

Given the stakes -- the survival of civilisation, no less -- it didn't seem unreasonable to expect 196 nations gathered in Madrid to forge a global warming action plan to declare, in clear and simple language, that they would do a bit more, do a little better.

COP25's final declaration, for example, could have called on countries to foreshadow -- preferably before the end of next year -- more ambition in reducing carbon pollution to tackle what scientists who would rather bite their tongues than exaggerate call a climate emergency.

"Emergency" still too over-the-top? How about "urgency". Does "calling" on nations seems too impolitic? Perhaps they could be "urged".

But apparently these options were deemed a step too far for many countries at the 12-day climate summit, which headed into its second day of overtime Sunday with some bleary-eyed ministers rushing to catch planes while others hunkered down for another sleepless night of bilaterals, huddles, stocktakes and "informal informals" which are, in fact, anything but informal.

Welcome to the world of climate diplomacy, where the difference between "shall" and "should" can be debated for days, and determine whether a treaty has teeth or is toothless. 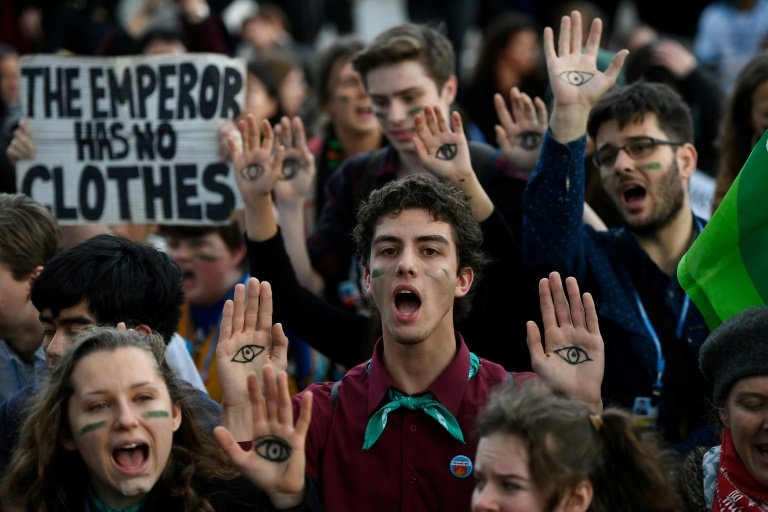 Under the 2015 Paris climate treaty, virtually every country in the world laid out a voluntary plan to curb emissions / © AFP/File

One was to make clear their intention to draw down more of the greenhouse gases baking our planet and unleashing -- with only one degree Celsius of warming -- a cascade of deadly droughts, heatwaves and superstorms made more destructive by rising seas.

Under the 2015 Paris climate treaty, virtually every country in the world laid out a voluntary plan to curb emissions through, for example, switching to renewable energy, planting trees, and making buildings more energy efficient.

But the sum total of their efforts would still see Earth hot up by well over 3C, a recipe for human misery on a global scale.

Indeed, the UN's climate science panel says that anything above 1.5C is asking for trouble.

That clear-and-present danger has finally registered with a large slice of humanity, including millions of young people who march through city streets on Fridays to embarrass their governments into action.

Hence the need for more ambition.

But when it comes to sending a clear signal to the world, the 197-strong "Conference of the Parties" could do no better than...

"...encouraging Parties to use the opportunity in 2020 to reflect the highest possible ambition in response to the urgency of addressing climate change and with a view to achieving the long-term goals set out in Article 2 and Article 7, paragraph 1, of the Paris Agreement." 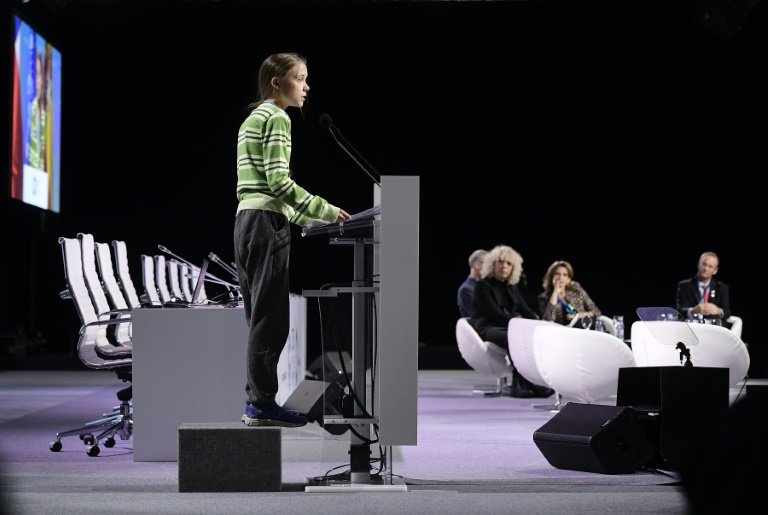 Negotiators haggled over the wording of these passages for weeks, and in the upside-down world of the UN talks the result passes as a clarion call for action / © AFP/File

The COP also, of course, "recalls the request to Parties contained in decision 1/CP.21 paras 23 and 24, and urges Parties to consider the gap referred to in paragraph 5, with a view to reflecting their highest possible ambition when responding to this request."

Negotiators haggled over the wording of these passages for weeks, and in the upside-down world of the UN talks the result passes as a clarion call for action.

They could yet be watered down.

"We are in a fantasy land here," said Alden Meyer, strategy and policy director for the Union of Concerned Scientists.

"I’ve been attending these climate negotiations since they first started in 1991. But never have I seen the almost total disconnect we've seen here at COP25 in Madrid between what the science requires and the people of the world demand."

The other big-ticket item on the agenda at COP25 was mapping out rules for global carbon markets.

It may be done eventually, but almost certainly not this year -- negotiators prepared to punt the ball downfield to 2020's meeting in Glasgow.