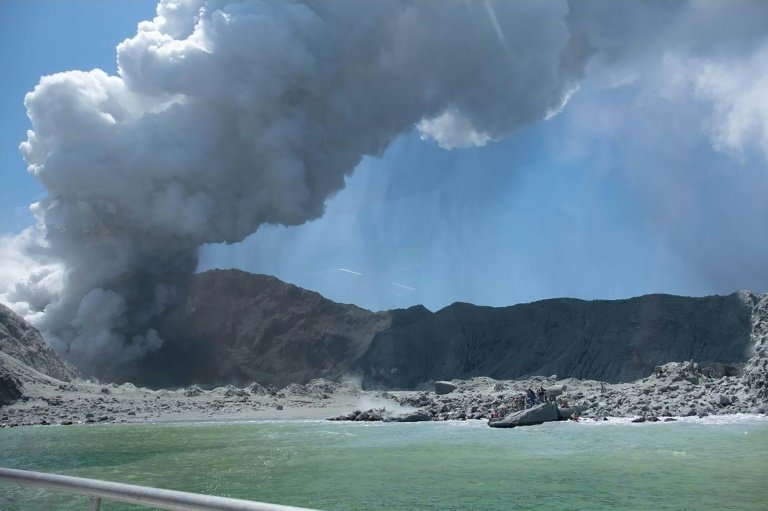 Eight people were still missing after a volcanic eruption in New Zealand, with no indications they survived the explosion that has already left five dead, police said Tuesday.

After initial confusion about how many people were visiting White Island when it erupted unexpectedly on Monday, police said a clearer picture of the disaster was emerging.

"Forty-seven people went onto the island -- we can now confirm five are deceased, 31 are currently in hospital, a further eight are still missing and three have been discharged from hospital," police official Bruce Bird said.

Among the missing are tourists from Australia, the United States, Britain, China and Malaysia, as well as New Zealanders who were acting as tour guides.

"To those who have lost or are missing family and friends, we share in your unfathomable grief and in your sorrow," she said.

"Your loved ones stood alongside Kiwis who were hosting you here and we grieve with you."

Bird said a helicopter has scoured the island -- a popular tourist attraction -- for 45 minutes, checking if anyone was still alive.

"We do not believe anybody else has survived that explosion," he said.

Police will assess whether a recovery mission to remove bodies from the island is possible Tuesday amid the risk of further eruptions.

"Today our focus will be on working with experts to determine the safety for us to return to the island to look to recover those people who are currently missing," Bird said.

"We will only go to the island when it is safe to do so for our people."