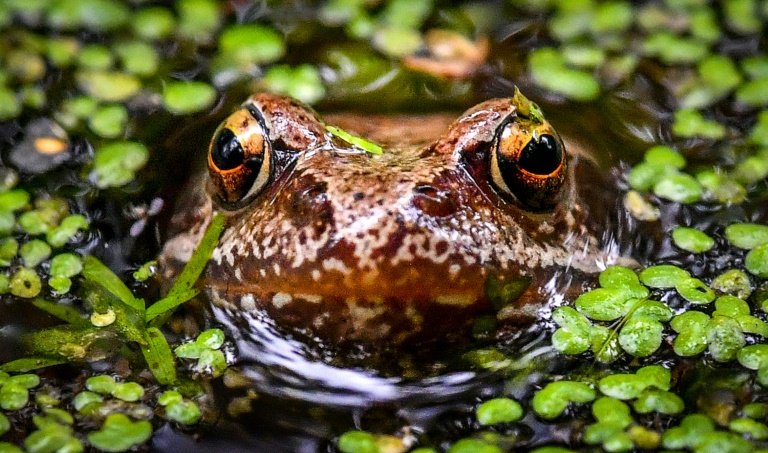 Frogs are among the most threatened species on the planet due to climate change and loss of habitat, but now scientists have developed a novel way to keep tabs on them in the wild -- a "Frogphone."

"The FrogPhone is the world's first solar-powered remote survey device," relaying real-time data about the study site and its occupants to scientists, according to a paper in the Methods in Ecology and Evolution journal.

Researchers anywhere can phone up the device which, for example, will relay the sound of frogs calling directly to the user's cellphone, allowing them to identify different species.

"We estimate that the device with its current microphone can detect calling frogs from a 100-150 metres (310-470 feet) radius," said lead author Dr. Adrian Garrido Sanchis of the University of New South Wales.

"The device allows us to monitor the local frog population with more frequency and ease, which is significant as frog species are widely recognised as indicators of environmental health," said the Australian Capital Territory and Region Frogwatch coordinator and co-author, Anke Maria Hoefer.

Hoefer said the Frogphone also minimises direct human intrusion at survey sites, which are most active at night and sometimes very remote and difficult to access on a regular basis.