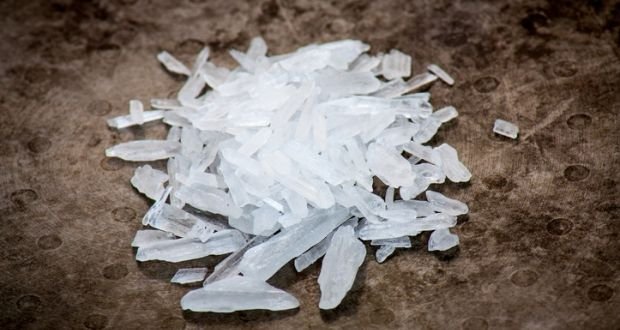 In a case of reality imitating art, two chemistry professors in the US state of Arkansas have been arrested for cooking up methamphetamine in a university lab -- in an uncanny echo of the hit series "Breaking Bad."

Bradley Rowland, 40, and Terry Bateman, 45, were taken into custody Friday after an investigation initially launched by Henderson State University's police service, the Clark County sheriff's office said in a statement.

It all began with an "undetermined chemical odor" reported at the university's science center on October 8 in the small town of Arkadelphia, according to Tina Hall, the university's communications director.

"Initial testing indicated an elevated presence of benzyl chloride in a laboratory," she said. Benzyl chloride can be used to manufacture methamphetamine.

The building was closed and an investigation launched by university police, who eventually called in the county sheriff's office.

Rowland and Bateman, both associate professors, were put on administrative leave October 11, she said.

According to local media, they had been on the university faculty for 10 and five years respectively.

The episode bears a striking similarity to "Breaking Bad," the story of chemistry teacher Walter White, played by Bryan Cranston, who begins making meth to secure his family's financial future after being diagnosed with cancer.

Rowland was a fan of the series, according to a profile of him published in the university newspaper in 2014 under the headline "Henderson's Heisenberg."

Heisenberg was the alias taken by White in "Breaking Bad."

"I thought it was a great show," Rowland was quoted as saying. "It was spot on and accurate when it came to the science, and, it has gotten a younger, newer generation interested in chemistry. I feel like it was a wonderful recruiting tool."