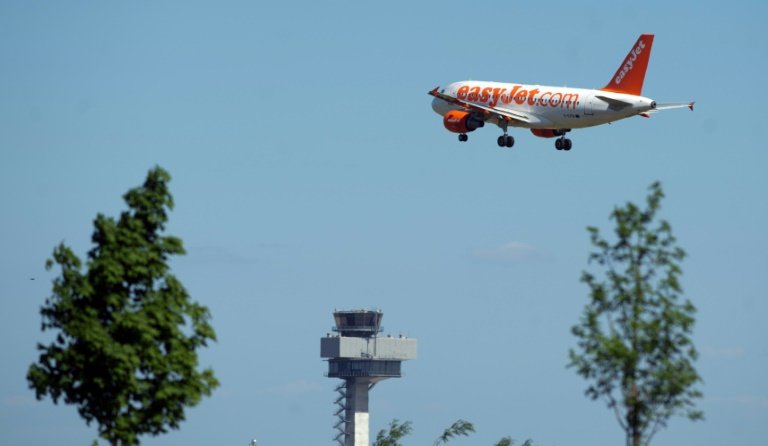 British no-frills airline EasyJet on Tuesday began offsetting carbon emissions amid global concerns over climate change -- but flew into strong criticism from green campaigners who dismissed the move as insufficient.

The carrier, based in Luton north of London, announced it was meeting customer demands to reduce its carbon footprint in the short term -- while also researching new greener technology for aircraft engines in the longer term.

"I am proud that we have announced that from today we will be the world's first major airline to operate net-zero carbon flights across our whole network," said chief executive Johan Lundgren.

"We are doing this by offsetting the carbon emissions from the fuel used for all of our flights.

"We recognise that offsetting is only an interim measure, but we want to take action on our carbon emissions now," he added in a company earnings statement.

The carrier announced the news, expected to cost it around £25 million ($32 million, 29 million euros) in 2020, alongside a modest drop in annual profit.

EasyJet will now compensate for every tonne of carbon dioxide (CO2) emitted from jet fuel by ensuring there is one tonne less in the atmosphere, via planting trees or avoiding the release of additional CO2.

Greenpeace however lashed out at the announcement, labelling it "greenwashing" -- a term used by critics to describe corporate efforts to promote often spurious environmental measures to keep customers on board.

"There's nothing zero-carbon about their airplanes.

"Expert analysis has cast serious doubts about whether offsetting schemes work at all."

He added: "There's no climate leadership in asking someone somewhere else to pollute less or plant more trees so you can carry on as before.

"If EasyJet want to do their bit to tackle the climate emergency, they should back a frequent-flier levy that will cut the number of flights and the climate-wrecking emissions they pump out."

In a conference call with journalists, Lundgren dismissed accusations from critics.

"Carbon offsetting is not a scam. That is wrong. Most people would agree with myself on that," the EasyJet boss told reporters.

"It's scientifically proven that carbon offsetting works when you are working with the projects that we are working, which are accredited to the highest standards that are out there."

He added: "By offsetting we are taking another step and doing more than any other major airline in the world when it comes to reducing the overall impact and the footprint that we have on the environment. That is exactly what our customers want us to do."

Separately, Friends of the Earth campaigner Jenny Bates said "off-setting is not the silver-bullet fix EasyJet seem to think it is".

She too called for a frequent-flyer levy -- "to discourage the multiple flights taken by just a few people and help fix the difference between artificially cheap flights and more sustainable train travel".

And it revealed that its annual profit after tax dipped 2.5 percent to £349 million in the 12 months to the end of September, citing "challenging market conditions".

Revenues however jumped 8.3 percent to £6.4 billion on the back of record passenger numbers.