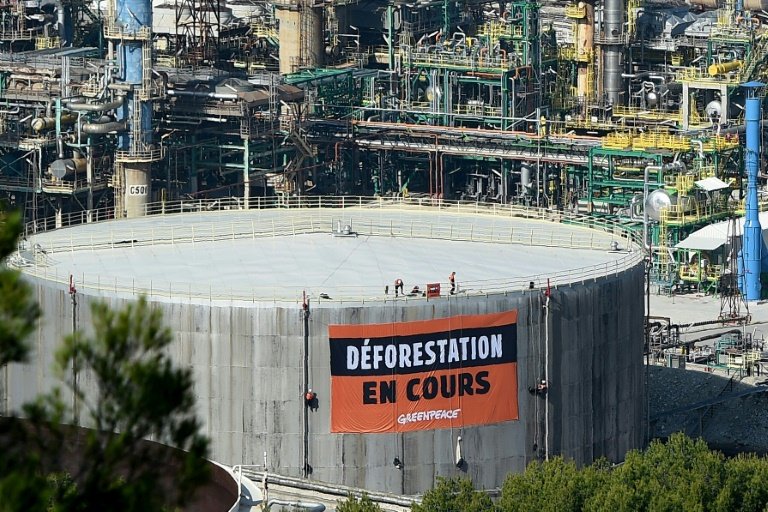 French Prime Minister Edouard Philippe on Friday called a fresh vote on a palm oil tax break for energy giant Total, after lawmakers and environment activists cried foul when the benefit was rushed through parliament without debate.

The second vote, which could come as soon as Friday afternoon, "will allow MPs to have a debate worthy of what's at stake," an official in Philippe's office said.

Several lawmakers were up in arms after learning the amendment for the 2020 budget had been approved late Thursday, saying they had not been sufficiently informed about the tax break.

Parliament had excluded palm oil from tax breaks for biofuel sources last year, a huge blow for a new Total refinery which began operating in July.

The new amendment, sponsored by lawmakers from the region where the refinery is located, passed despite an unfavourable opinion from the budget legislation's rapporteur, a member of President Emmanuel Macron's centrist LREM party.

It would allow tax breaks for using palm oil as a source of biofuels until 2026 -- a huge boost for Total's refinery at La Mede on the Mediterranean coast near Marseille.

"MPs in the majority, in collaboration with the government, have given in to Total's shameful lobbying," the Amis de la Terre (Friends of the Earth) advocacy group said after the vote.

"We got screwed," the rapporteur, Joel Giraud, told AFP on Friday.

Another lawmaker in Macron's party, who asked for anonymity to discuss the vote on the tax break, said "several didn't even know that this was part of it."

It appears likely that lawmakers will reverse course and reject the proposed tax break in the new vote.

"I think I can guess the majority's opinion on this," Laurent Saint-Martin, a senior member of Macron's party in parliament, told finance commission members on Friday.

Total had filed a lawsuit against the parliament's decision last year, saying lawmakers had unlawfully singled out palm oil.

Total has pledged it will process no more than 300,000 tonnes of certifiably sustainable palm oil per year at the Mede refinery, one of the largest in Europe, employing 250 people.

It said the certification ensured there had been no deforestation to produce the oil and would result in at least a 50-percent reduction in carbon emissions compared to fossil fuels.

But that has failed to convince environmentalists, with Greenpeace staging a blockade and protest last month at the site near the Mediterranean port city of Marseille.