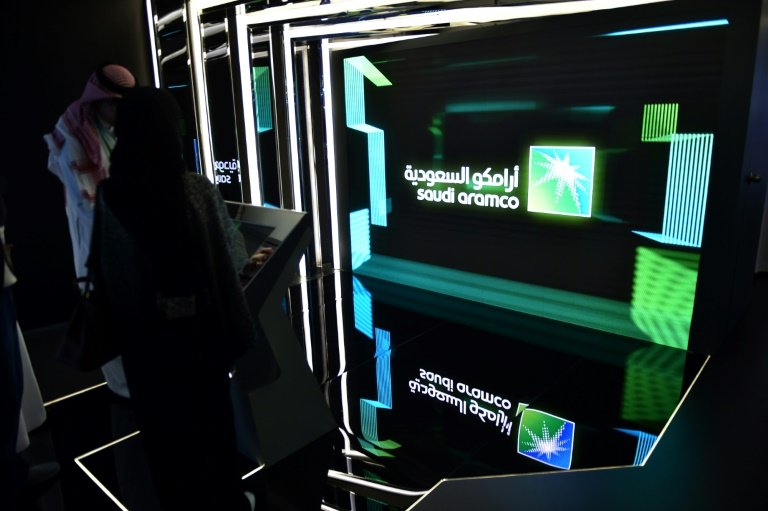 Aramco's stock debut comes at a time when supply is plentiful, oil prices are in the doldrums and demand is in decline as renewable sources like wind and solar become more mainstream / © AFP

As investors weigh up the value of Saudi energy colossus Aramco ahead of its IPO next month, the global drive to contain climate change and waning demand for fossil fuels are seen as key risks.

The world's largest hydrocarbon supplier is set to announce a price range for its shares on Sunday, in a listing dogged by years of delays and false starts partly caused by question marks over how much it is worth.

Ironically, the state-owned firm must spur investors' appetite for oil assets even though the goal of the mammoth initial public offering is to prepare the kingdom for a future when oil will be less important.

But the stock market debut comes at a time when supply is plentiful, oil prices are in the doldrums, and demand is in decline as renewable sources like wind and solar become more mainstream.

Aramco's prospectus, which gives rare insights into the thinking within the secretive company, lists a variety of risks ranging from terrorist attacks to geopolitical tensions in a region dominated by Saudi-Iran rivalry.

One striking element was a warning that global oil demand may peak within the next 20 years, citing a forecast from industry consultant IHS Markit.

Aramco, which pumps almost 10 percent of global oil, acknowledged the potential impact of the transition towards clean energy, including the risk of litigation as a result of adverse effects from global warming.

"Climate change concerns and impacts could reduce global demand for hydrocarbons and hydrocarbon-based products and could cause the company to incur costs or invest additional capital," it said in the prospectus.

Such concerns "manifested in public sentiment, government policies, laws and regulations, international agreements and treaties and other actions may... propel a shift to lower carbon intensity fossil fuels such as gas or alternative energy sources".

Fossil fuel is blamed for the majority of harmful greenhouse gases, the main cause of global warming, and the United Nations and environmental groups have stepped up pressure on countries and energy firms to take action.

"Absolutely. I think that... the pressure from climate change has come to the fore as the most pressing factor affecting the valuation of Aramco," said Hossein Askari, a professor of international business at George Washington University.

Other factors especially regional instability and the diminishing US role in the region will also "likely reduce appeal of Aramco to big institutional investors", Askari told AFP. 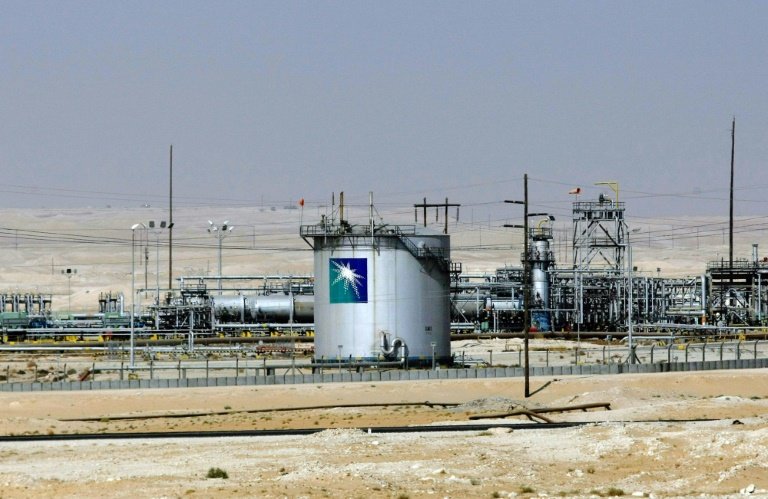 When the idea to list up to five percent of Aramco was floated in 2016, de facto ruler Crown Prince Mohammed bin Salman had hoped to raise $100 billion on a $2 trillion valuation of the integrated energy firm.

But the plan for an international sale appears to have been put on ice and the focus now is to list up to two percent on the domestic stock exchange.

A variety of reports by banks and investment firms put the company's value at around $1.5 trillion, which would mean the IPO would be worth around $30 billion.

At that size it would still be the world's biggest listing -- eclipsing Chinese retail giant Alibaba's $25 billion float in 2014.

"There's no doubt that environmental, social and governance risks will factor in the calculations of investors looking at the Saudi Aramco IPO," said Torbjorn Soltvedt from Verisk Maplecroft, a UK-based strategic consulting firm.

Saudi Arabia and its Gulf partners, whose coffers largely depend on returns from fossil fuels, have an uneven record on the transition to green energy.

Instead, they are calling for the use of advanced technology to reduce emissions from fossil fuels to make the shift gradual and fair to their economies.

The Gulf states, which sit on a third of the world's crude oil reserves and a quarter of gas deposits, have also launched ambitious clean energy programmes based on solar and wind projects.

The United Arab Emirates, which is leading the way, has set a target to make renewables 50 percent of its energy mix by 2050.

Jean-Francois Seznec, a senior fellow at the Atlantic Council's Global Energy Center, believes the transition to renewables will take a few more decades.

The spectre of climate change means "there would be a discount" on the Aramco valuation as a result, he told AFP.