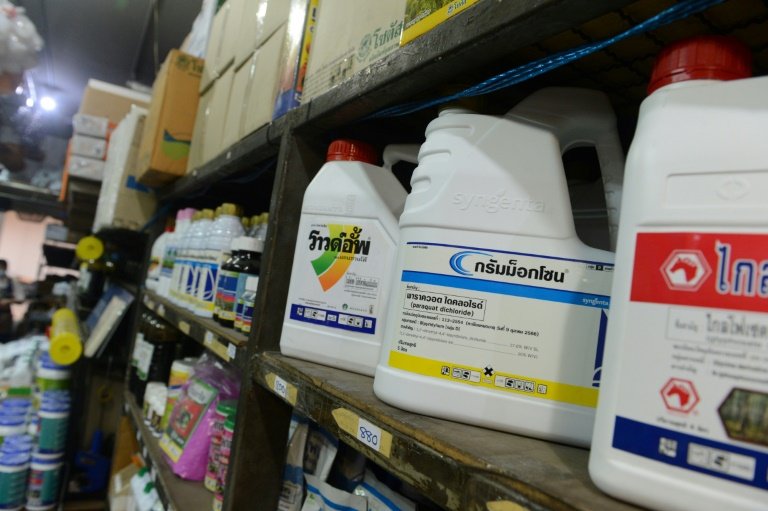 Thailand edged closer Tuesday to banning glyphosate and two other controversial pesticides despite protests from farmers in a multi-billion-dollar agriculture industry aiming to be the "kitchen of the world".

Agriculture employs 40 percent of Thailand's population and the Southeast Asian country is one of the world's leading rice and sugar exporters.

It is also one of the biggest consumers of pesticides being banned or phased out in other parts of the globe because of links to a variety of illnesses.

"The ban will be effective on December 1," committee chair Panuwat Triangjulsri, of the Ministry of Industry, told reporters.

Paraquat, a herbicide which the US Centers for Disease Control calls "highly poisonous", has been banned in Europe since 2007.

Studies have linked the pesticide chlorpyrifos to developmental delays in children, while critics say the weedkiller glyphosate is a likely cause of cancer. 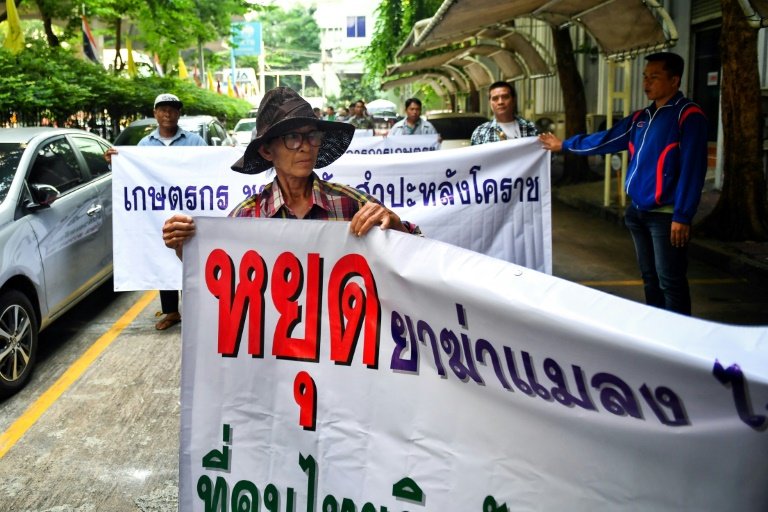 Representatives of Thai farmers arrive at the Ministry of Industry in Bangkok to support certain pesticides, but the National Hazardous Substances Committee voted to ban glyphosate and the chemicals paraquat and chlorpyrifos, officials said / © AFP

Farming organisations and the chemical industry have lobbied for the continued use of glyphosate, sold under the trade name Roundup made by Bayer subsidiary Monsanto.

In the US there are more than 13,000 lawsuits with plaintiffs claiming glyphosate caused different kinds of cancer even though it is widely used in agriculture there.

The company has suffered several defeats in court that it plans to appeal against.

Austria became the first European Union member to forbid all glyphosate use in July, with restrictions also in force in the Czech Republic, Italy and the Netherlands. France is phasing it out by 2023.

Vietnam banned all herbicides containing glyphosate soon after the Roundup cases in the US, but the decision was swiftly denounced by the US Secretary of Agriculture, who said it would impact global agricultural production.

Thailand's health minister, who has argued the pesticides put lives at risk, praised Tuesday's move as "heroic" on his Facebook page even as several dozen farmers protested -- citing a rise in production costs.

"If we don't have the chemicals to eradicate the weeds, we will have to use more labourers," said Charat Narunchron of a farmers association in Chanthaburi province, who called the ban "unfair".

Thailand's Pesticide Alert Network -- which has long advocated for the ban -- thanked the government but said it needs to help farmers adjust to other methods.