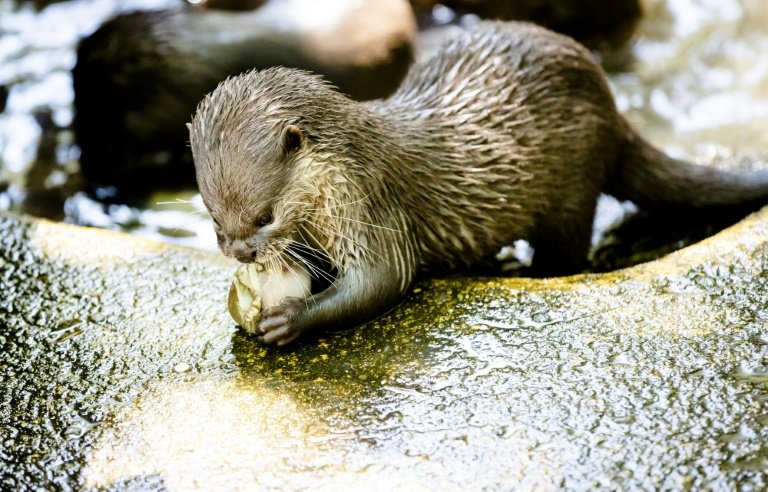 The drive for cute selfies with otters could be posing an existential threat to the silky mammal, animal protection groups warn / © ANP/AFP/File

Social media users are fuelling a burgeoning appetite for acquiring wild otters and other endangered animals as pets, conservationists say, warning the trend could push species towards extinction.

Popular Instagrammers posting selfies with their pet otter may simply be seeking to warm the hearts of their sometimes hundreds of thousands of followers, but animal protection groups say the trend is posing an existential threat to the silky mammal.

"The illegal trade in otters has suddenly increased exponentially," Nicole Duplaix, who co-chairs the Otter Specialist Group at the International Union for Conservation of Nature, told AFP.

All Asian otter species have long been listed as vulnerable or endangered after facing decades of shrinking habitats and illegal trade in their pelts. 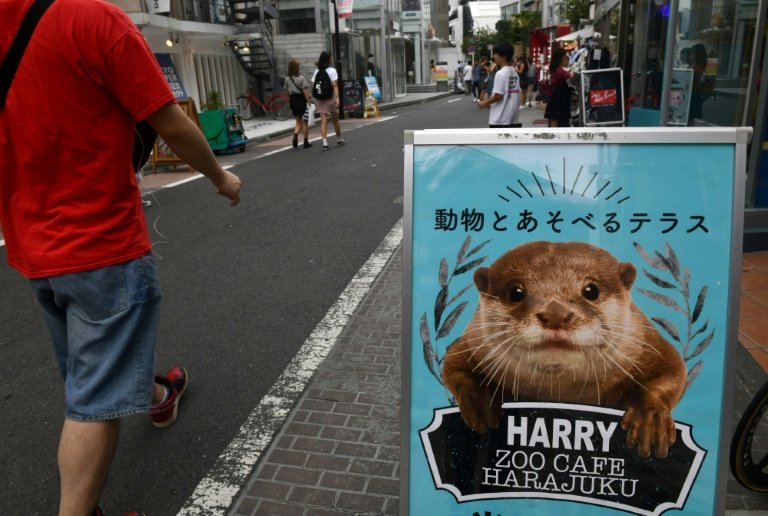 Several 'otter cafes' have popped up in Japan / © AFP

But conservationists say the recent surge in social media hype around the creatures has sparked such a frenzied demand for baby otters in Asian countries, Japan in particular, that it could drive entire species towards extinction.

Parties to the Convention on International Trade in Endangered Species (CITES), currently in Geneva to evaluate and fine-tune the treaty that manages trade in more than 35,000 species of plants and animals, will consider proposals to hike protection of two particularly imperilled otter species.

The Asian small-clawed otter and the smooth-coated otter are already listed as threatened under CITES Appendix II, but India, Nepal, Bangladesh and the Philippines are asking that they are moved to Appendix I, which would mean a full international trade ban. 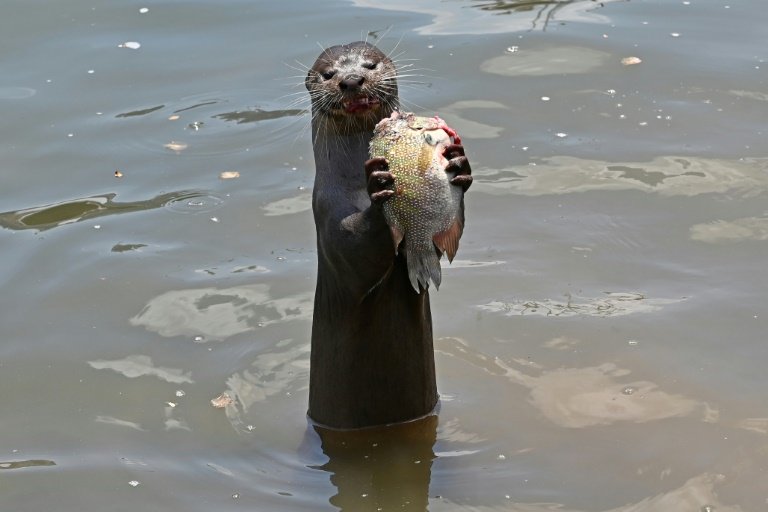 Popular figures on Instagram and Facebook often rake in thousands of gushing comments about their otter pictures, such as "cuteness overload", "otterly adorable", and "want one!" / © AFP/File

Conservationists insist the move is vital, after both species have seen their numbers plunge at least 30 percent over three decades, and with the decline believed to have accelerated significantly in the past few years.

"This is especially being fuelled by the desire to have otters as an exotic pet, and social media is really driving that," Cassandra Koenen, who heads the Wildlife Not Pets campaign at World Animal Protection, told AFP.

"It is really remarkable to see how the latest trends in social media and social influencing have a direct correlation with the demise of species on the ground," he told AFP.

Popular figures on Instagram and Facebook often rake in thousands of gushing comments about their otter pictures, such as "cuteness overload", "otterly adorable", and "want one!".

Duplaix acknowledged that otters are "very charismatic creatures," saying "it is the cute factor that is causing their demise." 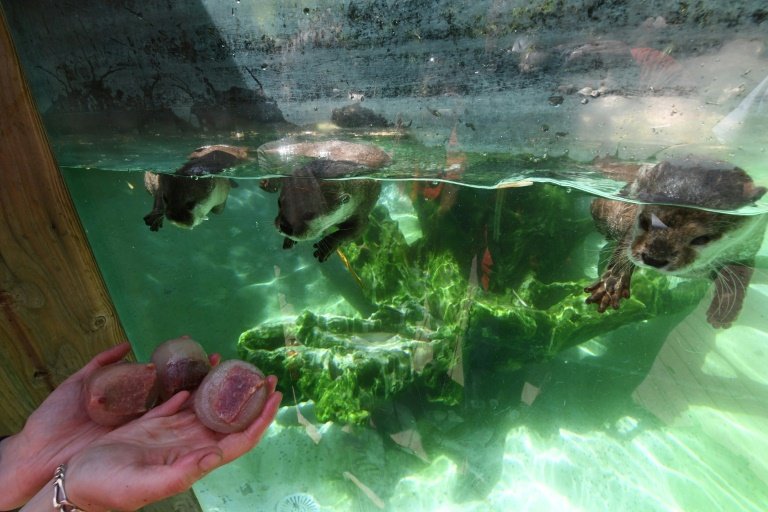 The pictures mask the suffering of the naturally social mammals taken from the wild when they are held in captivity and isolation.

Koenen pointed to the numerous "funny videos" posted of pet otters turning in circles, saying that to a trained eye, it is obvious: "The reason the animal is spinning around is that it is in huge distress."

Amid the growing demand for pet otters, hunters and fishermen in Indonesia and Thailand especially are increasingly killing adult otters and snatching the babies, which are caged and shipped off to become exotic pets.

Several "otter cafes" have also popped up in the country, with patrons urged to buy small pieces of food to feed the caged mammals and to snap a selfie with them while drinking a coffee. 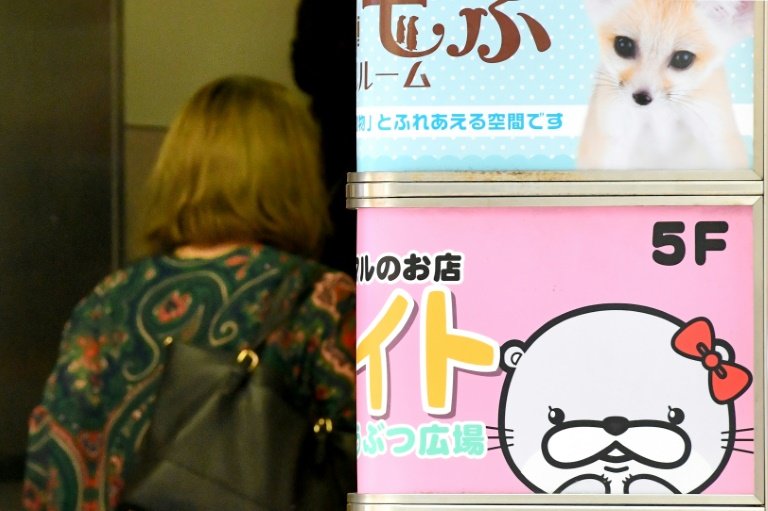 "It is a very unnatural environment for them," Koenen said, maintaining that they are often isolated in individual cages, given poor nutrition and little access to water.

Pet otters may have it better, but they still suffer from being far from their natural environment and away from the large family groups they lived with in the wild, she said.

Koenen also warned that smiling selfies with pet otters provide a "false narrative" about what it is like to live with the wild creatures, which smell and are prone to biting.

Social media platforms have meanwhile made it too easy to purchase exotic pets like otters, she said, sparking impulse buys with little reflection over the implications of bringing a wild animal into one's home.

Otters are not the only species suffering from a booming and often social-media fuelled interest in exotic pets. 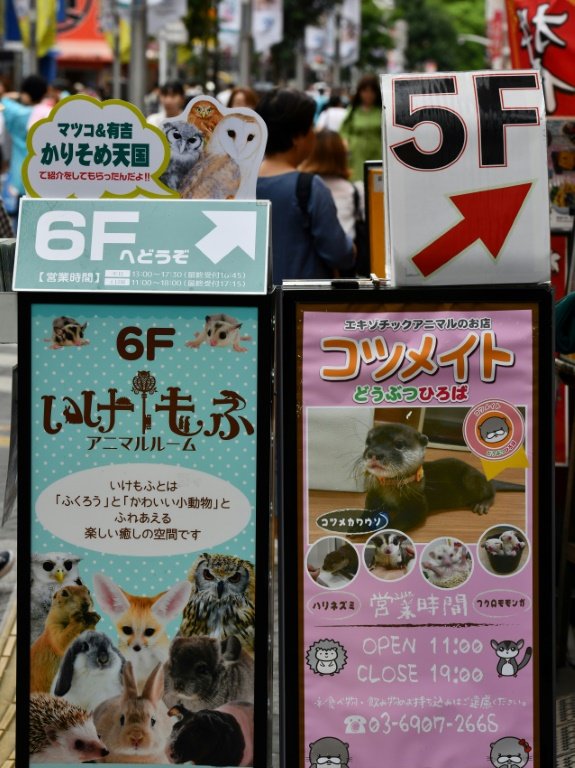 In 'otter cafes', customers can feed the caged mammals and snap a selfie with them / © AFP

Among the 56 proposals on the table in Geneva for increased protection listings, 22 involve species -- including lizards, geckos, tortoises and spiders -- which suffer because of the multi-billion-dollar exotic pet trade.

Todd said there was mounting evidence that "a species can go from completely fine to utterly gone in the matter of a few years because of this drive in desire for images".

"Baby otters are dying, and for what? A selfie," he said. "We have to stop this."