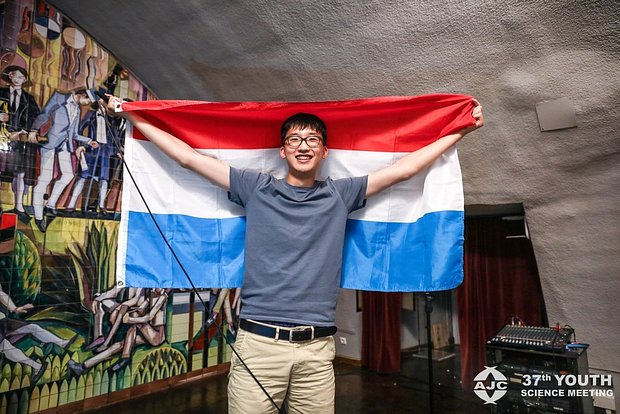 Students of the International School of Luxembourg (Alex Cowan, Eunju Moon, and Seongmin Park) won the Prix Mady Delvaux with their project "Mycelium for future" in environmental science.

Their aim was to better understand the properties of the fungus-like mycelium, to research in how far it could replace synthetic plastics to create a more sustainable world.

In their project, the students produced plastic-like materials from mycelium and examined its physical properties such as strength, flexibility and permeability.

This July, from the 23rd to the 30th. Seongmin Park took part in the Youth Science Meeting in Coimbra. He was one of the 70 participants of age 15 to 25 that were invited to discover the "city of students".

Not only did he present his science project to other young fellow scientists, but he also attended lectures and workshops in different scientific fields.

In addition, the organisers awarded Seongmin with the "Mr. Worldwide" prize for his exemplary conduct and networking skills.