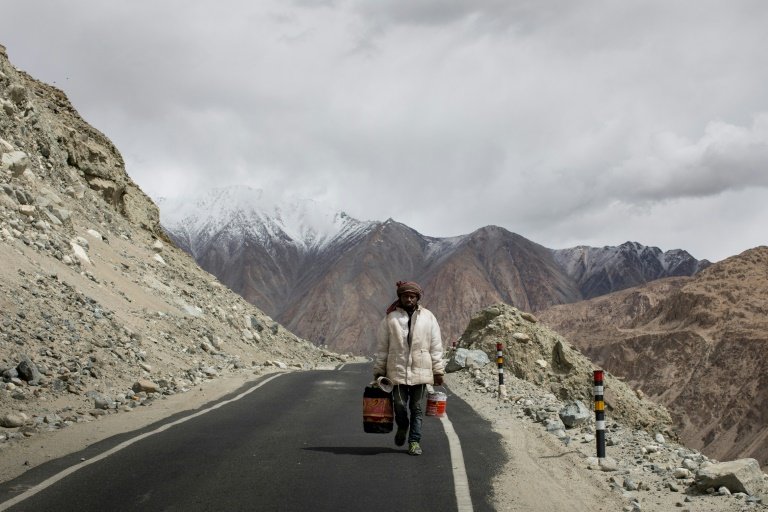 Hundreds of miles from their homes, a group of labourers are toiling in a cold Indian Himalayan desert to repair some of the world's highest roads.

Stationed near Chang La pass which is perched at a height of 5,360 metres (17,590 feet), the 13 men, whose home is the low-lying eastern state of Jharkhand, have little experience of cold climes. 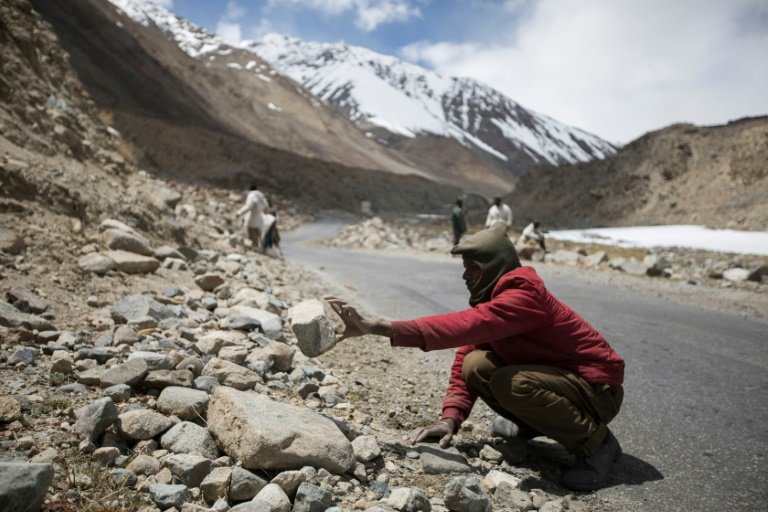 They toil six days a week, using only their bare hands, shovels and old sacks to move rocks and sand / © AFP

They have been hired for four months in the Tangtse district of Ladakh, where blizzards can rage throughout the year, to ensure that the key tourist route to the picturesque Nubra Valley and Pangong lake is in good condition.

Their back-breaking stint will fetch them 40,000 rupees ($572) each -- a considerable sum in a country where more than 21 percent of the 1.3 billion population lived on less than two dollars a day in 2011. 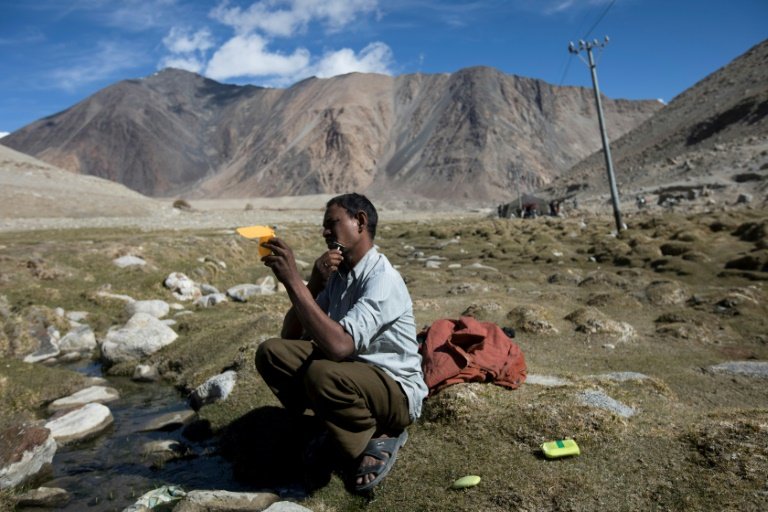 "There is not much work there (back home). I don't find any work difficult," said Sunil Tutu, 30.

They toil six days a week, using only their bare hands, shovels and old sacks to move rocks and sand, with the help of local Ladakhi workers, some of them women.

Sundays are the only days they can do their laundry as well as bathe and shave. 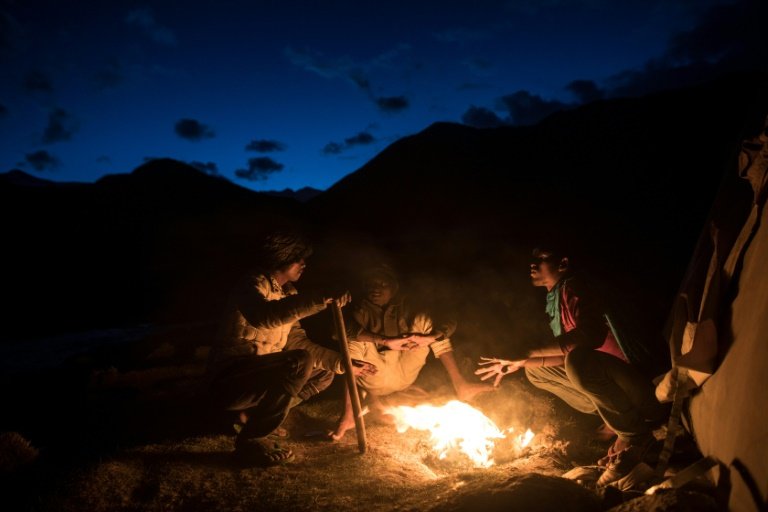 They return to their basic housing tents after sunset / © AFP

Each morning the group hops on a truck to reach the work site after a breakfast of tea and bread. They return to their basic housing tents after sunset and have a meal of rice and lentils.

The tents do not have electricity and workers rely on kerosene stoves to cook and heat up the icy water.

But they are undaunted. 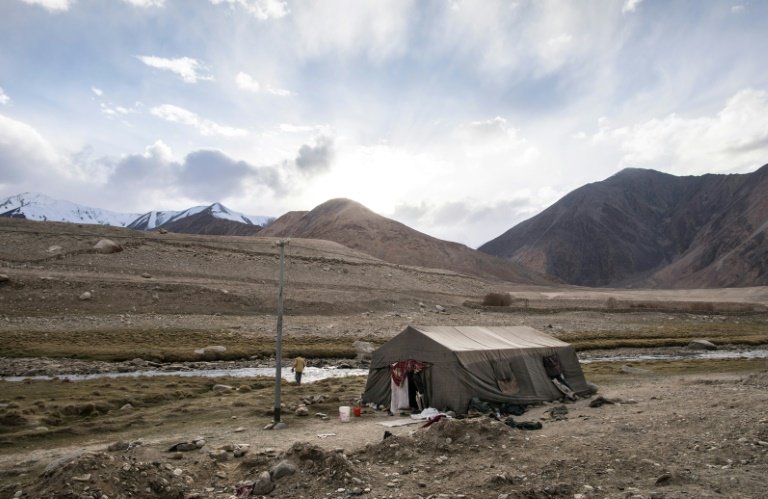 The tents do not have electricity / © AFP

Another worker Rajshekhar, 33, said the inhospitable conditions helped him save more for the future.

"Back home we are unable to save money, we eat and drink and the money gets over. The work is good (here), I like the snow and the mountains. I don't like the cold though."

Migration for work is common in rural India. According to the non-government Aajeevika Bureau agency, millions work in hazardous conditions with little legal or social protection.

India's unemployment rate has been worsening. In 2017-2018 it was 6.1 percent, the worst since the 1970s, posing a major challenge for newly re-elected Prime Minister Narendra Modi.