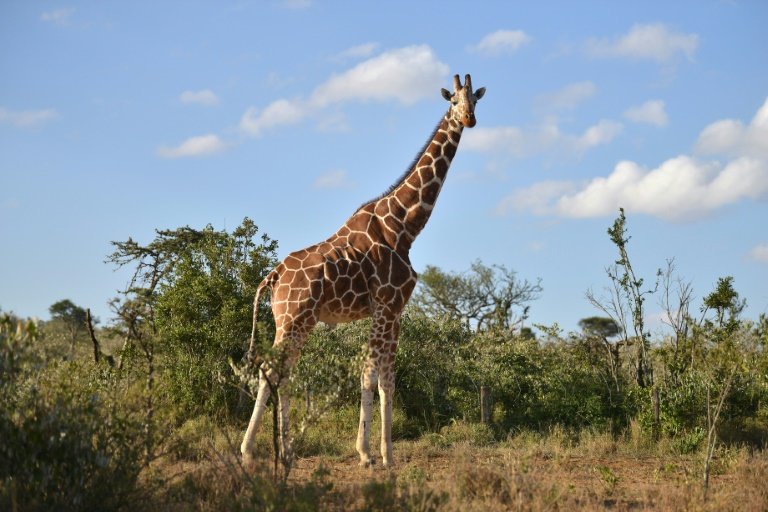 With the death of two giraffes due to a lightening strike, a male and a female, there are 18 remaining in a wildlife park in Florida / © AFP/File

Two giraffes were killed instantly when they were struck by lightning in the southeastern US state of Florida, the park where they resided said on Tuesday.

"We are deeply saddened to share the passing of two of our giraffe due to a lightning strike," the Lion Country Safari park, which is located north of Miami, said in a Facebook post.

"Lily and Jioni were in the pasture in their habitat when a severe thunderstorm quickly developed six weeks ago. Recent pathology results confirm that the giraffe did pass as a result of the lightning and that the manner of their passing was instantaneous," it said.

The park said that the giraffes have access to "numerous shelters in the multi-acre habitat."

But "if they don't choose to seek shelter, there isn't a lot we can do to encourage them to," park spokesperson Haley Passeser told the local WPTV channel.

With the death of the two giraffes, a male and a female, there are 18 remaining in the park.