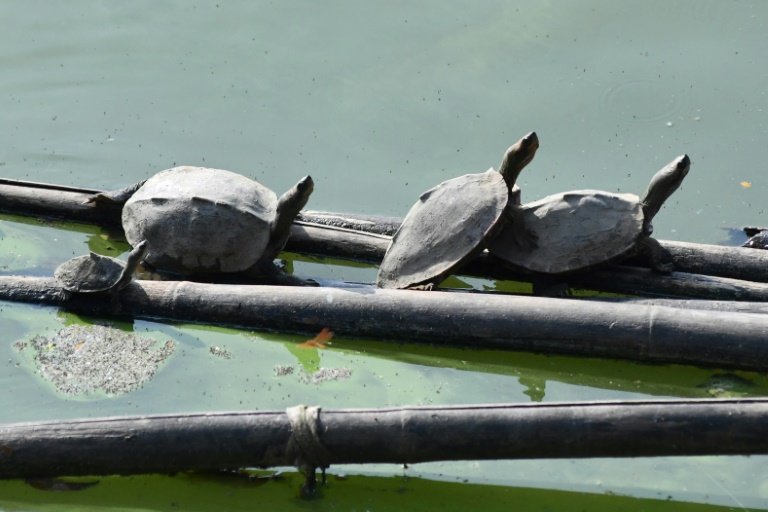 Assam state was once rich in freshwater turtles, but habitat loss and over-exploitation have massively depleted their population / © AFP

The black softshell turtle is officially extinct in the wild, but a centuries-old Indian temple and its nature-loving caretaker are helping the creature make a tentative comeback.

The northeastern state of Assam was once rich in freshwater turtles, but habitat loss and over-exploitation -- they were once a popular local food -- have massively depleted their population. 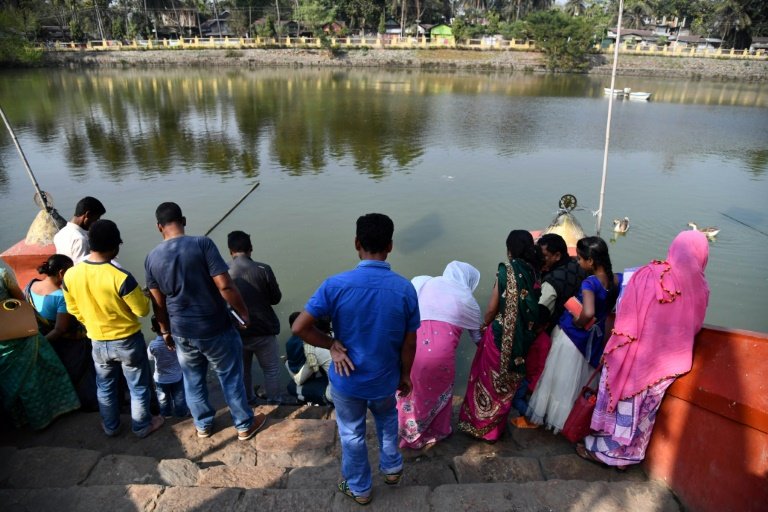 Some of the hundreds of daily visitors to the temple feed bread to the turtles, which are losing their capacity to hunt / © AFP

But all the while, the pond of the Hayagriva Madhav temple in the Hajo pilgrimage centre has provided a safe haven, thanks to the sacred status of turtles protecting them from harm.

"There are plenty of turtles in the temple pond," said Jayaditya Purkayastha, from conservation group Good Earth.

The group has teamed up with the temple authorities in a breeding programme.

"The population of the turtle in Assam has gone down by a great extent. So we thought we needed to intervene and do something to save the species from extinction," he told AFP. 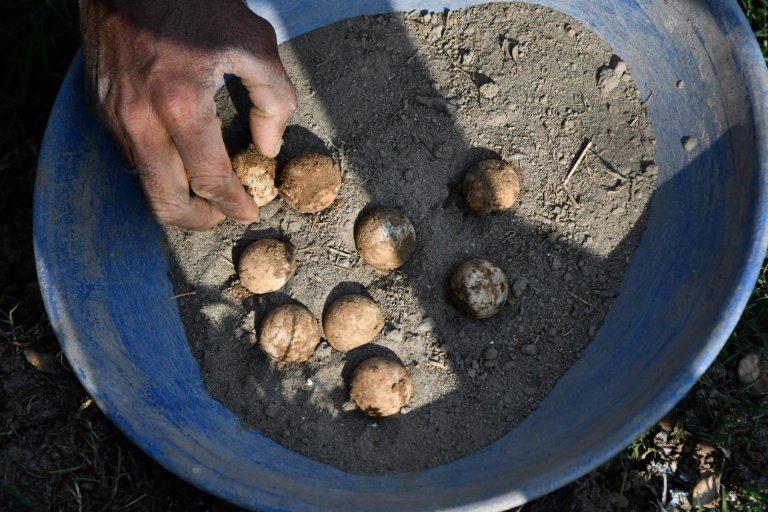 In January his organisation's first batch of 35 turtle hatchlings, including 16 black softshells hand-reared at the temple, was released into a nearby wildlife sanctuary.

A key figure is the caretaker of the temple pond, Pranab Malakar, who long before environmentalists became involved took a keen interest in the turtles' wellbeing.

"I used to take care of them as I like them. Later, after I became associated with Good Earth, it became my responsibility," he said.

"No one harms them here as they are incarnations of Lord Vishnu (a Hindu deity). I was born and grew up here. We have been seeing the turtles since our childhood. People respect them," he said. Malakar collects eggs laid by the turtles on the sandy banks of the pond -- a new concrete bank had to be demolished a few years ago -- and gingerly puts them into an incubator.

The project has been so successful that Good Earth has identified 18 other temple ponds in the area which could also be used for similar initiatives.

But it is not without its challenges.

For one thing, some of the hundreds of daily visitors to the temple outside Guwahati throw bread and other food to the turtles -- which they clearly like.

"This has triggered some biological changes among the turtles in the pond. They have also lost their natural tendency of hunting for food,” Purkayastha said.