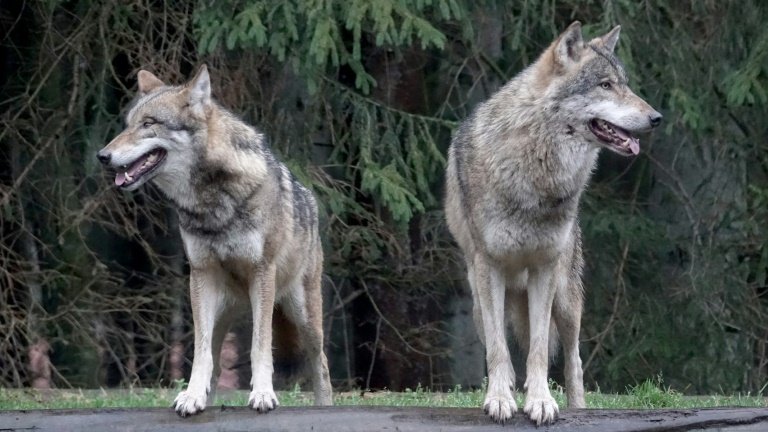 Previously, wolves could only be culled if they were deemed to spell a real threat to human lives -- but livestock farmers have been complaining of attacks on sheep / © dpa/AFP/File

The German government on Wednesday relaxed rules on culling wolves, as the population of the predator has grown since its return to the country two decades ago.

After a emotional debate pitting environmental against farming concerns, the government decided that wolves can now be shot if they cause "serious damage" to livestock farmers.

In cases of repeated attacks against sheep flocks or cattle herds, individuals can be hunted down even if it is unclear which animal in a pack was responsible.

Previously, wolves could only be culled if they were deemed to spell a real threat to human lives.

A ban has also been imposed on feeding wolves, so as not to encourage the wild animal from shifting closer to human habitations for food.

The environment ministry estimates that there are currently 400 wolves in Germany, while the German Hunters' Association believes the population is more than 1,000 strong.

There have been no confirmed wolf attacks on humans since the animals returned to Germany from Poland in 2000 after a 150-year hiatus.

But livestock farmers have complained of attacks especially on sheep.

The far-right Alternative for Germany party has seized on the issues, particularly in their eastern stronghold state Saxony, urging wolf culls to control their population numbers.

With three major state elections due in the autumn in eastern Germany including in Saxony, Chancellor Angela Merkel's CDU party has now also backed the tougher stance against the wolf.