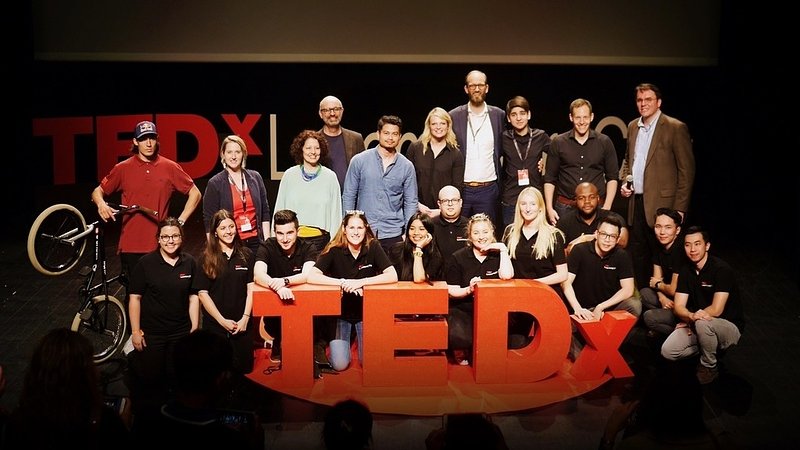 TEDx are independently organised TED events, and Luxembourg will be home to one of the biggest such events in Europe this June.

Most of you will be familiar with TED already - TED stands for Technology, Entertainment, Design, and their conferences are all about "ideas worth spreading." Talks held at TED and TEDx events range hugely in subject matter though, and can include anything from scientific breakthroughs to stories of personal or cultural importance.

The organisers behind the 2019 edition of TEDxLuxembourgCity have their aims set high, and say that we can expect it to be one of the largest TEDx events in Europe. Last year's event was hosted at Neumunster Abbey and sold out in just 6 minutes - so if you want to go along this year, you may want to buy your tickets sooner rather than later. We'll also have a few tickets to give away, but more on that later..

If you want a little taster of what to expect before you rush over and buy tickets, check out last year's speakers.  This year's event will take place on 15 June.

TEDxLuxembourgCity’s organisers have confirmed June 15th 2019 as the date for the regionally hosted version of the popular TED conference. This independently produced event, operated under license from TED, will be held at the fabulous Philharmonie concert hall, in Luxembourg City.

Following the huge success of last year’s event where we sold out in just 6 minutes, with the amazing partner team of Neumunster Abbey, led by Ainhoa Achutegui, our organising team set out to seek another incredible landmark in Luxembourg to accommodate the massive number of TEDx fans. The Philharmonie, erected 15 years ago, can accommodate up to 1200 people.

The conference will feature some of the region’s leading thinkers, innovators, disrupters, artists and entertainers; representing diverse fields such as the circular economy, leadership, martial arts, last-mile transport and living art, amongst many other themes. With a view to supporting the wonderfully international nature of our city, the event will be held in English.

“We noticed that our attendees had a lot in common and really enjoyed getting to know each other at our 2018 event” says Dirk Daenen, curator of TEDxLuxembourgCity. “This year, we will also make sure that there is a good opportunity to network, before and during the event. We are currently talking to a venue for a pre-event networking meet-up - a couple of days before”.

Dirk stresses that if you are early in buying your ticket, you will be invited to the networking event.

Ticket sales are already going incredibly well. Tickets went on sale just before Easter and in one week over 500 tickets were sold, without any advertising or media attention.

“We wanted to make sure that the fans that didn’t get tickets last year would get them this year” says Câdida Nedog, co-organiser of the event. “We started a newsletter especially for those hardcore fans and released the ticket sales to them shortly before anyone else”.

Tickets are now available to the general public. You can link through to the ticket sales from our www.tedxluxembourgcity.org website.

Speaker applications have been received over the last two months and are currently being vetted. “While we are confident our chosen speakers will be incredible, we are always on the lookout for that next ‘great’ idea and the ‘great’ person to present it” says Larissa Best, co-organiser. If you believe Luxembourg City would like to hear you, let us know at TEDxLuxCity@gmail.com.

More information can be found at www.tedxluxembourgcity.org and on our Facebook page.