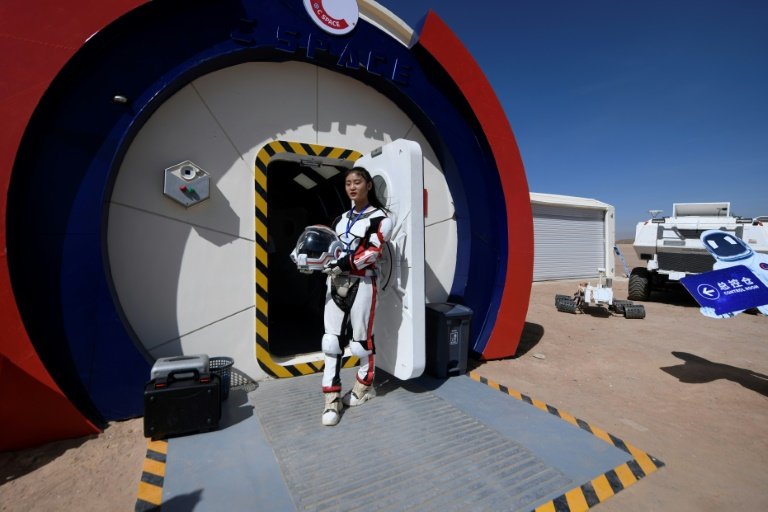 In the middle of China's Gobi desert sits a Mars base simulator, but instead of housing astronauts training to live on the Red Planet, the facility is full of teenagers on a school trip.

Surrounded by barren hills in northwestern Gansu province, "Mars Base 1" opened on Wednesday with the aim of exposing teens -- and soon tourists -- to what life could be like on the planet.

The facility's unveiling comes as China is making progress in its efforts to catch up to the United States and become a space power, with ambitions of sending humans to the moon someday.

The white-coloured base has a silver dome and nine modules, including living quarters, a control room, a greenhouse and an airlock.

Built at a cost of 50 million yuan ($7.47 million), the base was constructed with help from the Astronauts Centre of China and the China Intercontinental Communication Centre, a state television production organisation. 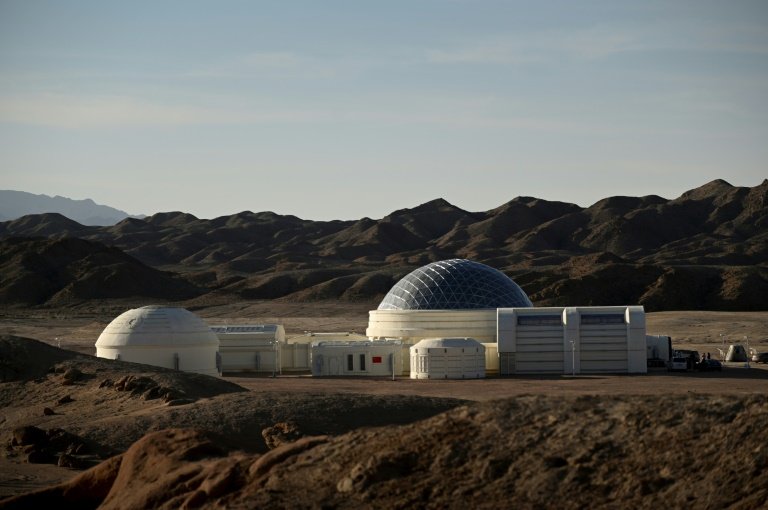 The white-coloured base has a silver dome and nine modules, including living quarters, a control room, a greenhouse and an airlock / © AFP

The teenagers go on treks in the desert, where they explore caves in the martian-like landscape. The closest town is Jinchang, some 40 kilometres (25 miles) away.

On Wednesday, over 100 students from a nearby high school walked on the arid Gobi plains, dressed in spacesuit-esque tracksuits.

"There are so many things here that I've not seen before, I'm very interested in it," said 12-year old Tang Ruitian.

The company behind the project, C-Space, plans to open the base -- currently an educational facility -- to tourists in the next year, complete with a themed hotel and restaurant to attract space geeks.

"We are trying to come up with solutions ... the base is still on earth, it's not on Mars, but we have chosen a landform that matches closest to Mars," C-Space founder Bai Fan told AFP. 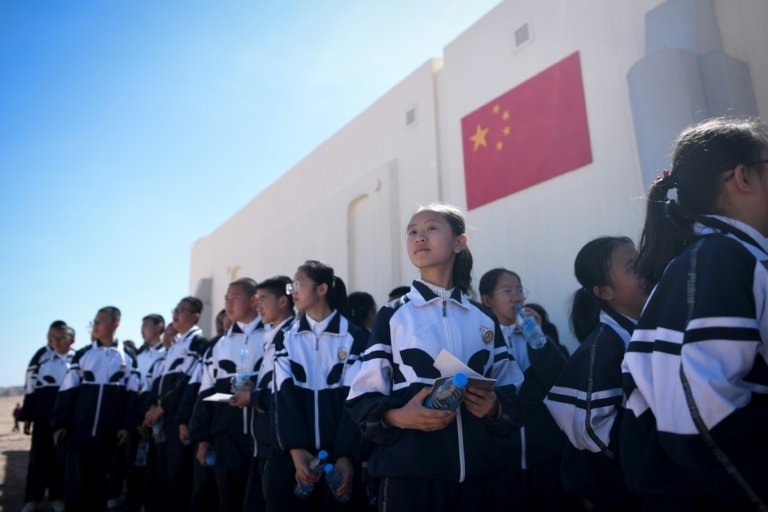 The teenagers don spacesuits and go on treks in the desert, where they can explore caves in the martian-like landscape / © AFP

It follows a similar Mars "village" that opened last month in the Qaidam Basin of neighbouring Qinghai -- a brutally hot and dry region which is the highest desert in the world, considered the best replica of Mars' surface conditions.

As budding astronauts explore "Mars" on Earth, China is planning to send a probe to the real Red Planet next year.

Beijing is pouring billions into its military-run space programme, with hopes of having a crewed space station by 2022.

Earlier this year, it made the first ever soft landing on the far side of the moon, deploying a rover on the surface. 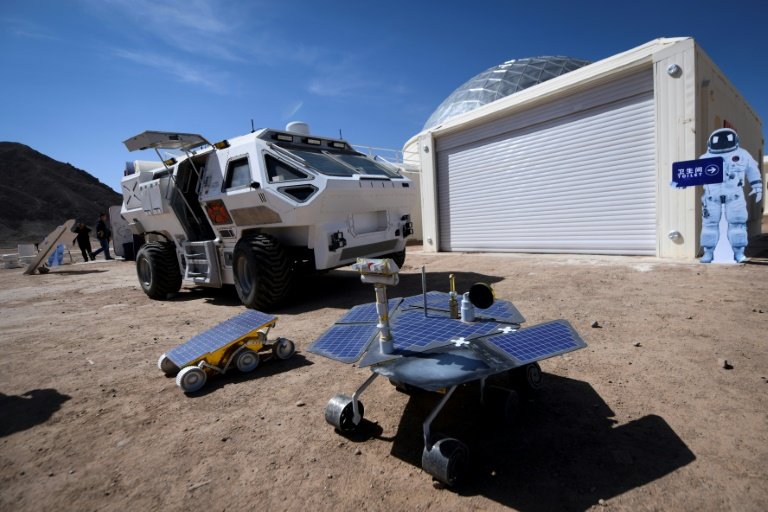 Models of Mars rovers are seen at "Mars Base 1", in China's northwest Gansu province / © AFP

But the C-Space project has faced criticism from some quarters of the scientific community.

Jiao Weixin, a professor at the School of Earth and Space Sciences at Peking University, said the building and surrounding desert were hardly representative of the truly hostile conditions on Mars.

To truly replicate the harsh, toxic conditions of Mars would be to create a truly hostile environment, which is expensive and "completely unnecessary", he said.

"From the very beginning, I've been opposed to this," Jiao told AFP. "Tourism doesn't make much sense ... what is the meaning in it?"