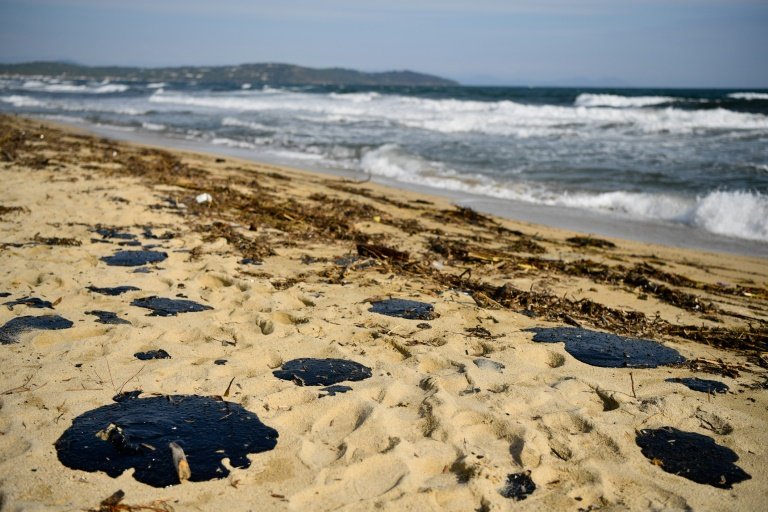 Pools of tar fester on the sand of Pampelone beach in Ramatuelle, in the Gulf of Saint-Tropez / © AFP

French workers on Thursday scooped balls of tar off the beach in Saint-Tropez after oil that leaked from two ships which collided washed ashore in the Riviera resort.

Authorities in Saint-Tropez said this week that 16 kilometres (10 miles) of coastline had been affected by the spill.

One of them is the Pampelonne beach where screen siren Brigitte Bardot posed in the 1956 classic "And God Created Woman". 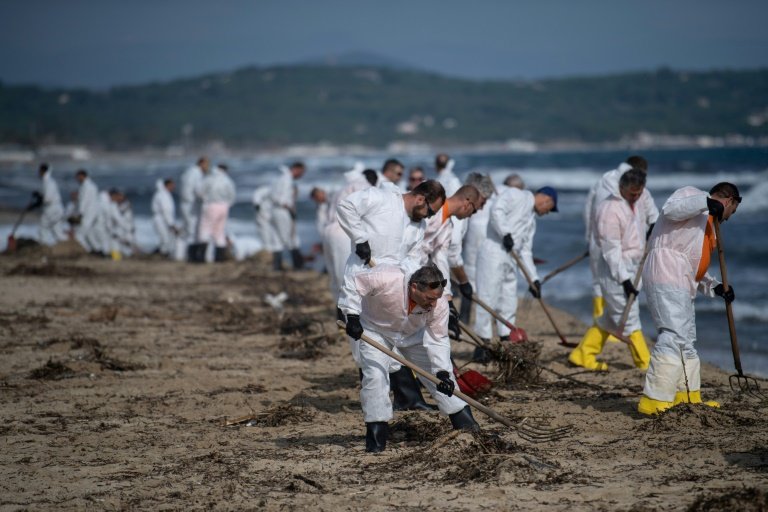 The oil is believed to have leaked from one of the ships involved in an accident off the French island of Corsica on October 7.

Some 600 tonnes of bunker fuel leaked from the Cyprus-registered "Virginia" after it was rammed by a Tunisian freighter.

Officials said most of the spill had been cleaned up, but that some of the residues had become trapped in seagrass that washed up ashore in Saint-Tropez. 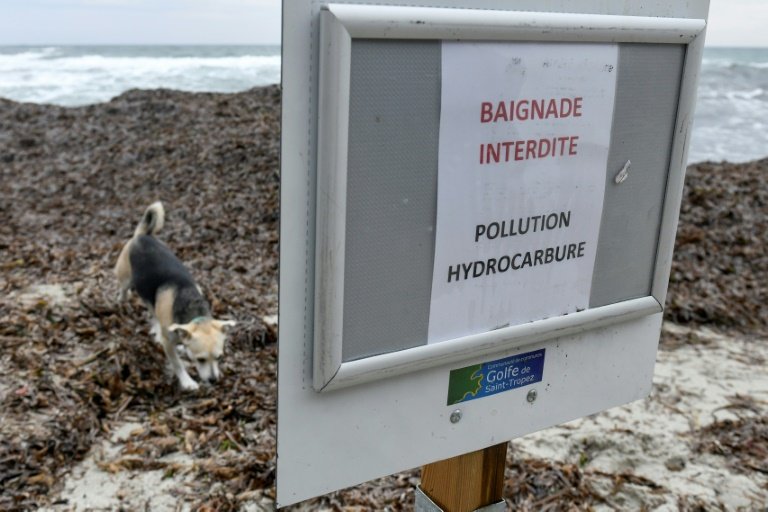 The beaches have been closed until the clean-up is complete.