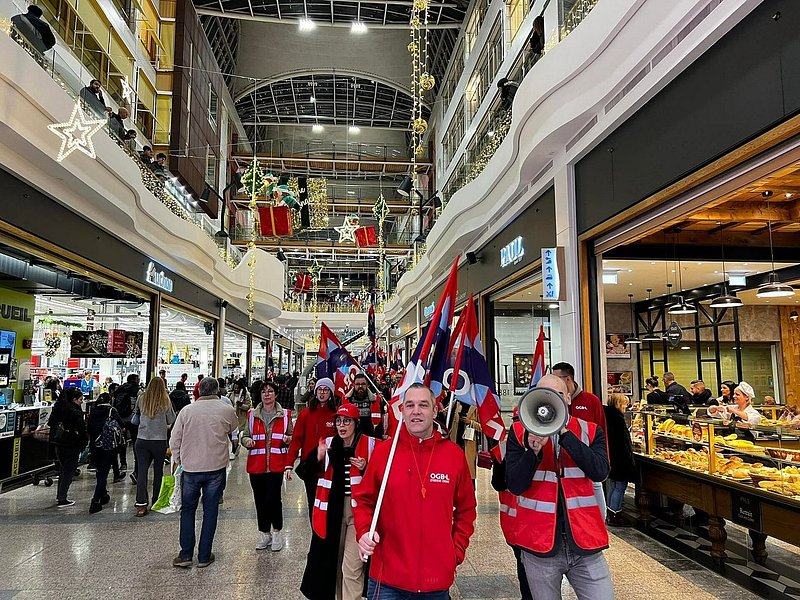 On 26 November, staff delegations and the OGBL organised a protest inside the shopping centre to coincide with the Black Friday shopping event.

Staff were protesting Auchan's decision to impose a 'preferential' parking fee of €176 per month, per employee.

Following discussions with the OGBL, Auchan proposed a concession of €100 in the first year, rising gradually to €150 from the third year onwards. However, the union responded with an emphatic "No thanks!".

The union is now calling for a fresh protest and solidarity picket during the busy Christmas shopping period. The action is planned for Thursday 15 December, starting at 5.30pm.

According to the union, Auchan Luxembourg is seeking "to make a little more money on the backs of employees in the midst of the purchasing power crisis". The union claims Auchan has refused to budge since the Black Friday protest, noting that their plan to impose parking charges "persists".

For their part, the supermarket group insist that their position is final. They say they are no longer able to provide free parking due to the "current economic situation", and that they are investing in the modernisation of the car park, for instance to accommodate electric vehicles.

Auchan also pay for the parking costs of staff directly employed by the firm. The chain says that it is up to the management of shops in the Kirchberg centre whether to pass on the parking costs to their employees.