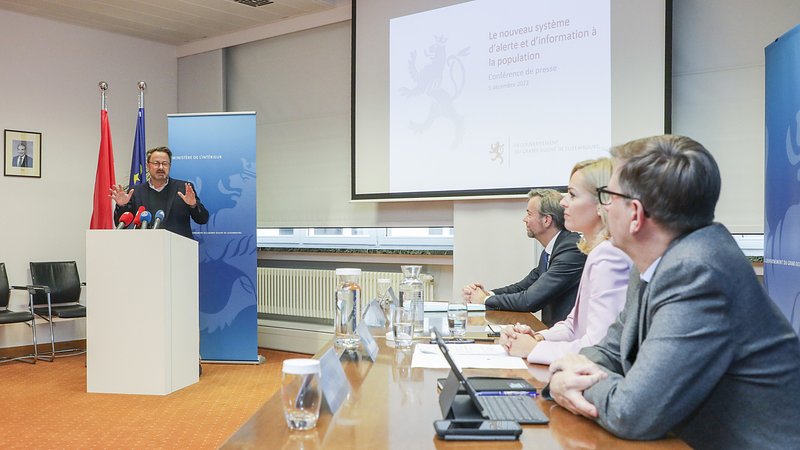 Before the new national warning system is operational by the end of 2023, some technological aspects still have to be improved.

Prime Minister Xavier Bettel and Minister for Home Affairs Taina Bofferding announced on Monday at a press conference that the new national alert system should be operational before the end of 2023. 'LU Alert' will operate from a central platform to which all affected ministries and administrations will have access. Alerts can be launched via several different communication channels.

After the GouvAlert application and text alerts have been tested region by region over the past few months, efforts will now focus on optimising and accelerating the sending and receiving of said messages. This will allow for people to be notified on their smartphones when they enter an affected region even after the alert message has already gone out.

The tests showed that for one, the warning sirens were not clearly audible in every location of the country and that for another, delays occurred between the sending and receiving of alerts, which means that not everyone was notified at the same time.