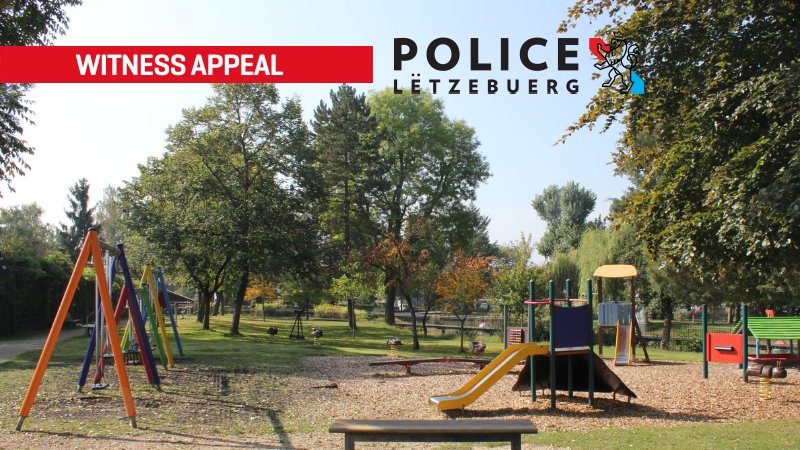 Police have issued a call for witnesses in relation to an assault that saw five to seven youths attack a young man and threaten him at knifepoint in Bettembourg, leaving him with severe injuries.

The attack in question occurred in the Jacquinot park in Bettembourg on Friday.

The group of attackers inflicted severe wounds and left the man lying on the ground. He was later found by a group of people, who then alerted the emergency services. The victim was subsequently brought to a hospital for treatment.

According to reports, the culprits fled the scene in the direction of the train station after stealing their victim's clothes and mobile phone.

People who have witnessed the attack or are in possession of valuable information regarding this case should contact the Réiserbann police department via phone (+352 244 61 1000) or email (police.reiserbann@police.etat.lu).