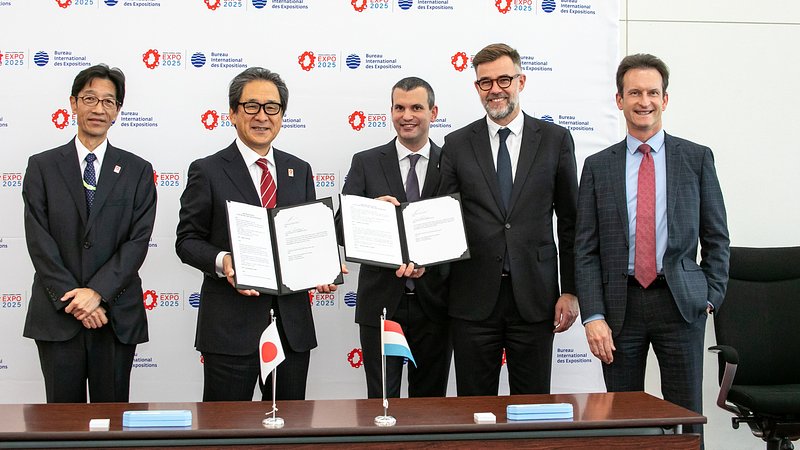 Hot on the heels of Expo 2020 in Dubai, Luxembourg has now confirmed it will take part in the next World Expo in Osaka, Japan.

This week, Minister of the Economy Franz Fayot left South Korea for a three-day visit to Japan, accompanied by Carlo Thelen, Director General of the Chamber of Commerce, and Pierre Ferring, Luxembourg's ambassador to Japan and Korea.

Upon his arrival in Osaka, Fayot attended the official signing ceremony of Luxembourg's participation contract at the 2025 World Expo in Osaka, becoming one of the first signatories for the exhibition. This will mark the Grand Duchy's 25th participation at the Expo, which will run from 13 April to 13 October 2025.

The pavilion, designed by the Luxembourg architectural office SteinmetzDeMeyer, will correspond as closely as possible to the criteria of circularity and to have the least possible impact on the environment. It will thus be an opportunity for Luxembourg to show its commitment and knowledge in the field of circularity and sustainability.

On Friday, Fayot was set to meet the Japanese minister in charge of the 2025 World Expo in Osaka, Naoki Okada.