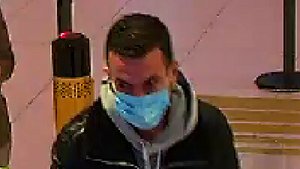 Police have launched a witness appeal a month after a car was broken into outside the casino in Mondorf-les-Bains.

On 3 November, two unknown individuals broke into a vehicle in the Casino 2000 car park at around 4.15pm, successfully stealing a laptop, AirPods and a jacket, among other things.

© Police
© Police
© Police
The photos published on this site are subject to copyright and may not be copied, modified, or sold without the prior permission of the owner of the site in question.

Police have now released CCTV images of the two suspects. It is feasible that the two men came from the surrounding area or the French border, according to the report.

Anyone with information on the two individuals should contact Remich and Mondorf police on (+352) 244 77 1000 or via email on police.remichmondorf@police.etat.lu.