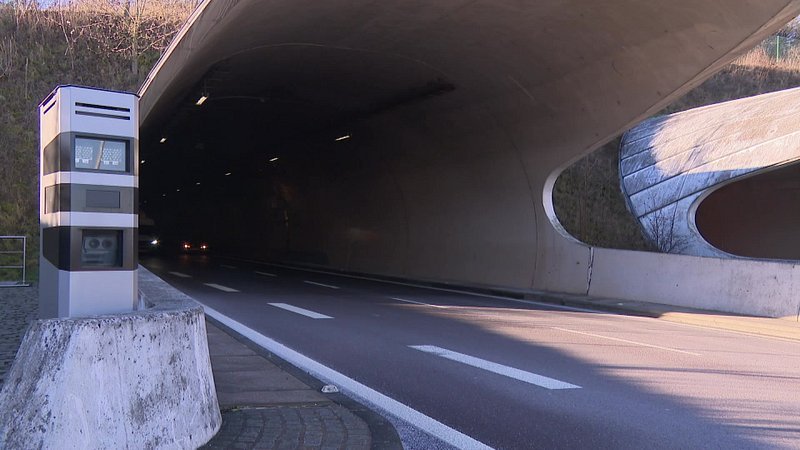 The speed cameras in the Stafelter, Grouft and Gousselerbierg tunnels are now officially in service... Even if it's just the test phase.

As of Thursday 1 December, the 3 speed cameras in the tunnels on the North Road will be flashing. However, it is only a test phase, meaning that all photos will be deleted immediately and drivers will not receive fines. It is not yet known when fines could be expected, but the date will nonetheless be communicated in due course.

The speed camera units will also adapt to changed speed limits, for example if there is a construction site. Here, the tolerances are adjusted as well.

The first speed camera in a tunnel in Luxembourg was placed on 1 December 2021, exactly one year ago, in the Markusbiergtunnel on the A13. Since its installation, the average speed on this stretch has dropped to below 90 km/h, which significantly reduces the risk of accidents.