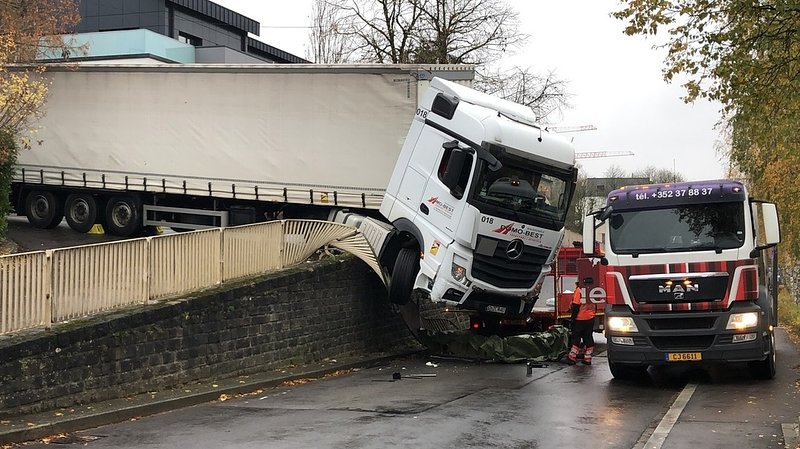 Shortly before 2pm, a spectacular crash occurred in Kirchberg. Though a lorry went flying through a guardrail, nobody was injured.

Around 1.40pm, a lorry driving on Rue du Potager in Kirchberg hit a guardrail. The impact sent the driver's cabin plummeting over the rail and left it suspended above Rue du Val des bons malades. The latter had to be closed to traffic following the accident.

According to our sources, no one was injured. The cause of the crash remains unclear at present.