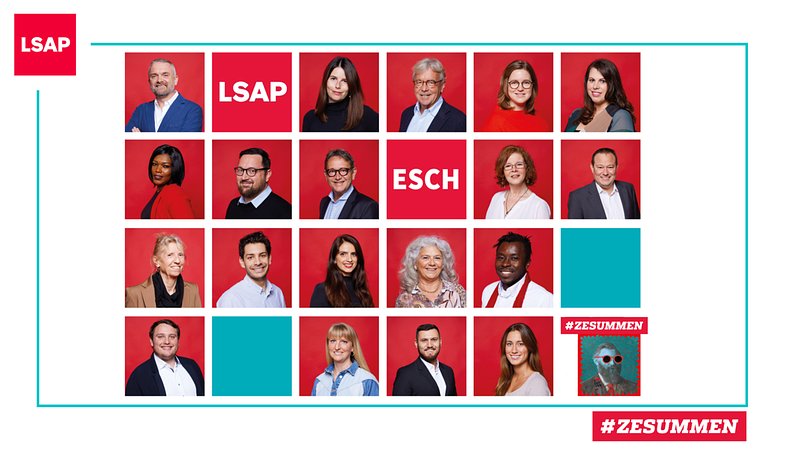 The local section of the Luxembourg Socialist Workers' Party (LSAP) in Esch-sur-Alzette has revealed its candidate list for the 2023 municipal elections.

Steve Faltz, the president of the local section, will be the LSAP's top candidate for the second largest city in the country. Stéphane Biwer, Ben Funck, Mike Hansen, Joëlle Pizzaferri, and Jean Tonnar are among the incumbent LSAP local councillors running for re-election.

Liz Braz and Sacha Pulli are also on the list of candidates.

The LSAP's list for Esch-sur-Alzette features nine men and ten women, with an average age of 41.