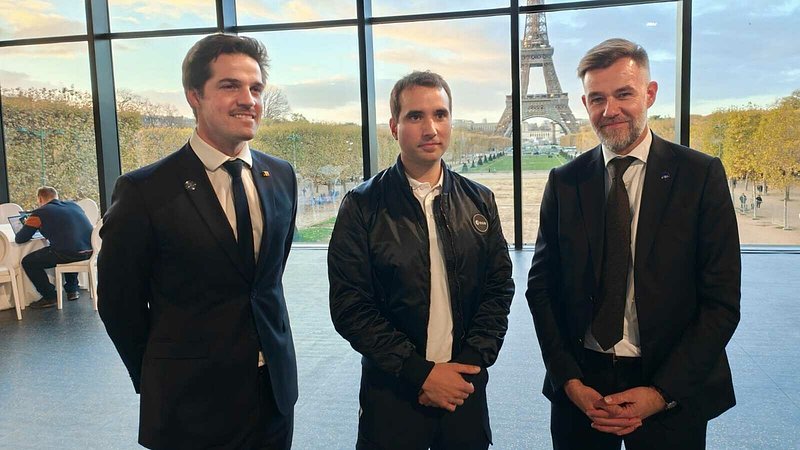 The 34-year-old researcher, who holds a double nationality, has been named one of six new astronauts to travel to the ISS for the European Space Agency.

On Wednesday, the European Space Agency (ESA) announced five new career astronauts as well as history's first astronaut recruit with a disability after adopting a record budget to fund its future projects. One of the lucky candidates has a close connection to Luxembourg, although he will wear the Belgian flag on his suit during missions.

34-year-old Raphaël Liégeois is one of the six people retained by the ESA after an 18-month-long selection process that vetted more than 22,500 candidates. Liégeois was born in Belgium to Luxembourgish parents and grew up in Differdange after his parents resettled in the Grand Duchy in 2000. For several years, the future astronaut further commuted between Belgium and Luxembourg to study.

© ESA
© RTL
© RTL
© RTL
The photos published on this site are subject to copyright and may not be copied, modified, or sold without the prior permission of the owner of the site in question.

Liégeois, who is currently employed as a researcher at the University of Geneva, has had the double nationality since 2018. As one of six new astronauts, Liégeois will first complete a twelve-month-long training programme at the German Aerospace Center (DLR) in Cologne before spending time on the International Space Station (ISS).