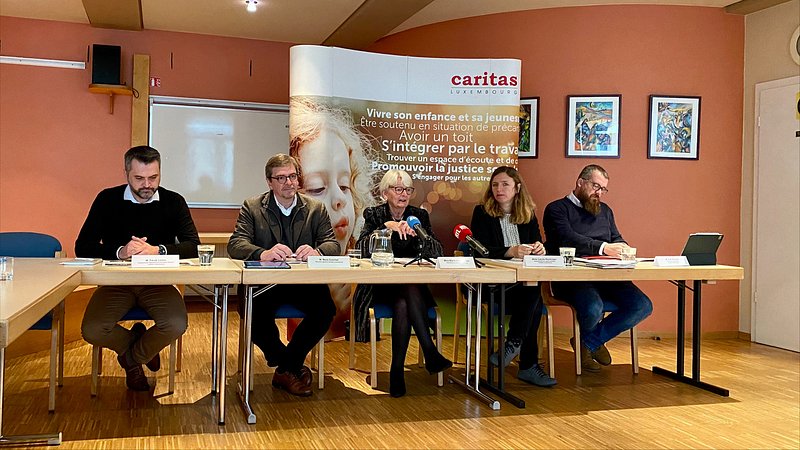 Children's rights must come before immigration law, according to Caritas, which advocates for adequate infrastructure and supervision for unaccompanied minors.

During the first few weeks and months, these unaccompanied children and adolescents are accommodated in the primary reception centre for refugees, which is managed by the National Reception Office (ONA). Caritas criticises that the needs of young refugees are not being met adequately at this location.

This is why the NGO demands that the National Office for Children (ONE) take charge of unaccompanied minors in the future. What is ultimately in the best interests of the young person will have to be decide "on a case-by-case basis," says Carole Reckinger of Caritas. The new procedure would also include the provision of a lawyer and another administrator, such as a Caritas employee, during the meeting with the Immigration Directorate. This would guarantee that children's rights are respected. Caritas argues that cases of unaccompanied minors should be considered primarily in terms of youth welfare and protection, rather than asylum.

Currently, around fifty unaccompanied minors reside in the Saint Antoine home on Route d'Arlon in Luxembourg City. The centre is managed by the ONA. Caritas President Marie-Josée Jacobs criticises the lack of 24-hour supervision at this location. Another priority for Caritas is to provide better psychological care for these young people, many of whom have gone through a lot.

At its press conference on Tuesday, Caritas also announced that 12 unaccompanied minors have been taken in at its new home in Liefrange. A second phase will allow 24 children or adolescents to live there. Six more young people have joined the Caritas home in Munshausen, which currently houses 18 minors.

But this is not enough, according to the NGO, which stresses that Luxembourg needs more suitable structures. "We have a problem with the infrastructure, we are aware of that," says Caritas Director Marc Crochet. The latter is on the same line as the Ombudsman for Children and Adolescents (OKaJu), Charel Schmit. A recent OKaJu report criticised the poor conditions for unaccompanied minors in refugee facilities.