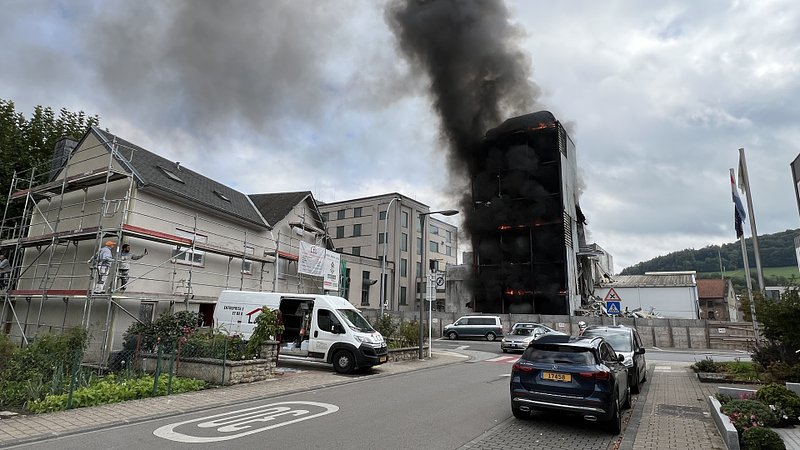 Early on Wednesday afternoon a fire broke out at the Diekirch brewery, which is in the process of being demolished.

According to information obtained by our colleagues from RTL.lu, several explosions were heard before the fire started after a number of cooling tanks were thought to explode. The fire broke out in the cooling tower of the old brewery, not the main tower as previously reported. Fortunately, the area had already been secured as part of demolition works.

The police closed off the surrounding area in Rue de la Brasserie, from the secondary school to the brewery itself. At around 3.20pm, reports filtered through that the fire had been brought under control.

Fire fighters said there was an immense amount of smoke in the area as the building's insulation is burning. Residents were advised to keep their windows and doors closed.

Emergency crews at the scene said they did not believe there was a risk of the fire spreading to other buildings, nor was there a risk for residents. Some 40 fire fighters were deployed to tackle the blaze.

It is not the first time a fire has broken out at a Diekirch brewery - in April 2021, the old brewery building caught fire, with the cause yet to be determined.