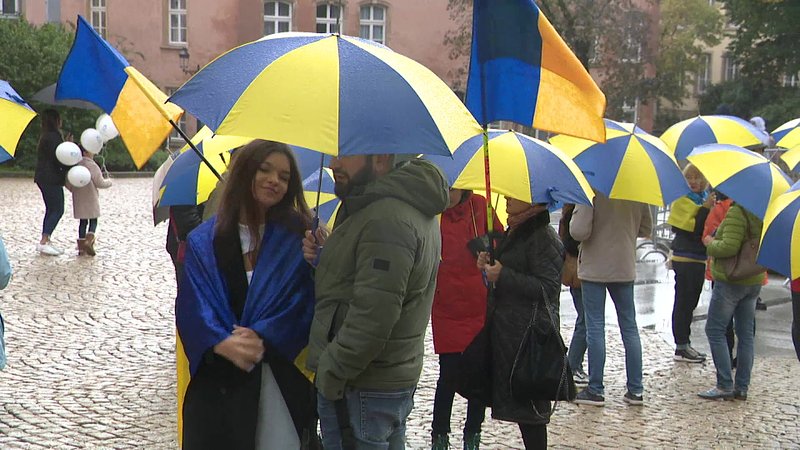 On Saturday, people gathered on Place Clairefontaine in Luxembourg City to protest the Russian annexation of four occupied regions in eastern Ukraine.

Members of the non-profit organisation LUkraine organised Saturday's protest. People gathered in the capital to show their opposition to the annexation of the Lugansk, Donetsk, Kherson, and Zaporizhzhia regions.

Olena Klopota, spokesperson for LUkraine, warned that the Russian president will not stop after this illegal move: "This is not about annexation, otherwise Putin would have stopped after Crimea. He was clear in his speech, which was not even about Ukraine. It was a speech addressed at the USA and at the West. He said that he wants a power comparable to that of the Second World War, which means he wants territory up to Berlin."