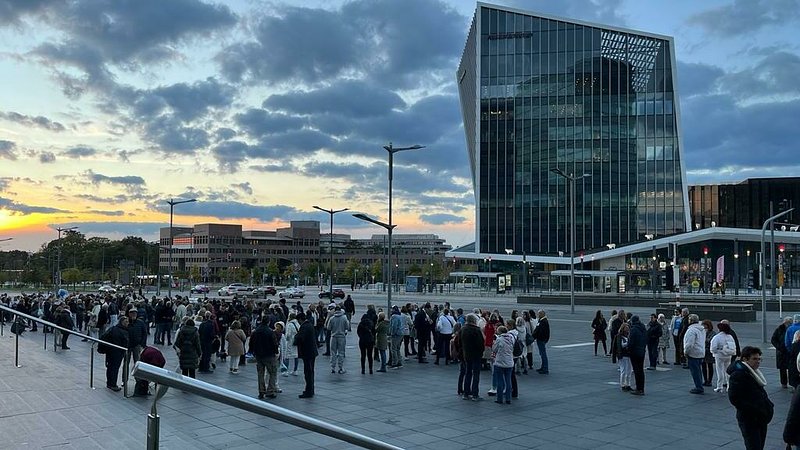 Between 200 and 300 people protested against the government's handling of the pandemic in Luxembourg City on Friday evening.

The demonstrators referred to their event as a Marche blanche ("White March"). The Luxembourgish protestors were joined by supporters from Belgium, France, and Germany.

Participants walked from the Philharmonie across Pont grand-duchesse Charlotte through Ville-Haute all the way to Place Clairefontaine. Speeches questioning the handling of the coronavirus crisis by politicians and the media were held.

Speakers included Dr Benoît Ochs, who was barred from practicing medicine for one year in April 2022 because he violated the code of conduct, as well as former Green Party MP Jean Huss.