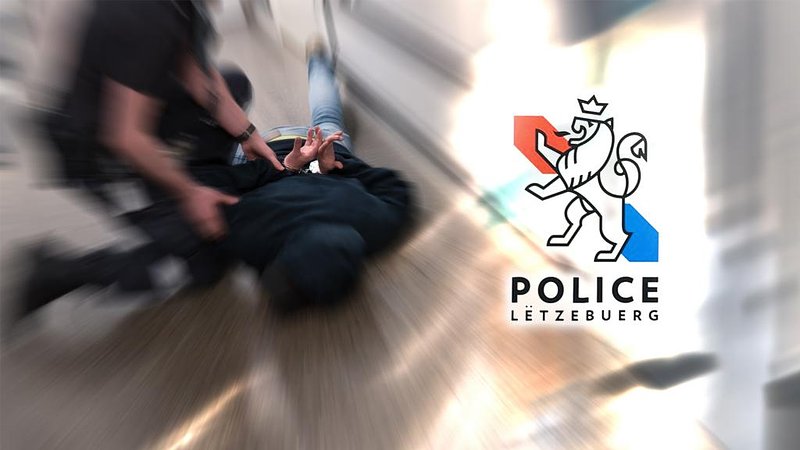 At around 8pm on Friday evening, the Luxembourg City police received reports of a brawl involving multiple people at a bar in Rue de Bonnevoie. One woman was particularly aggressive.

When the police arrived at the scene, they saw a woman lying on the floor, her arms wrapped around the legs of a man. When the officers attempted to separate the two, the woman became very aggressive. Among other things, she started punching one of the officers in the chest.

When the officers tried to take her outside, the woman threw herself on the floor again, this time clinging to the legs of one of the police officers, causing the latter to fall to the floor as well. The officers had to call for backup and were finally able to handcuff the woman and get her into a police car.

The police later discovered that shortly before the officers arrived at the scene, the man had been beaten up, and the woman had clung to his legs to prevent him from running away. The man was trying to flee from two other men, who had attacked him.

The police launched a search for the two assailants but were unable to find them.