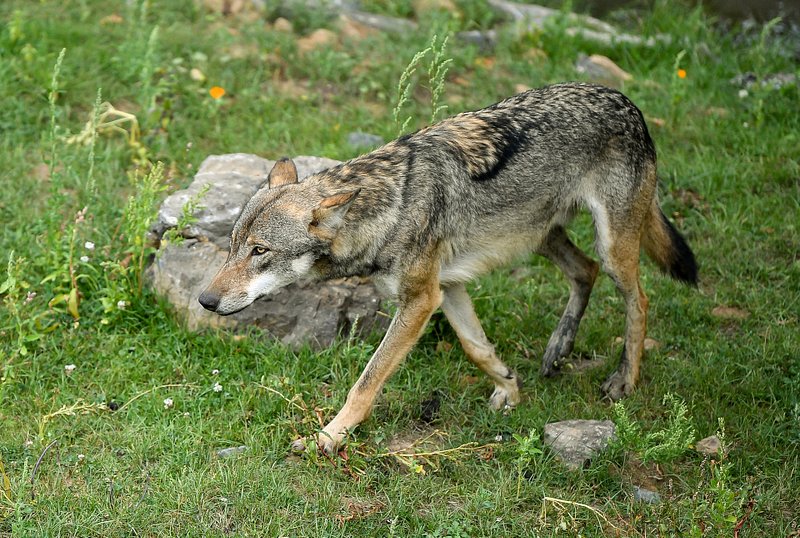 A wolf in captivity at at Pairi Daiza animal park in Brugelette, western Belgium. / © AFP

In the last few weeks there have been several reports of wolves in the Etalle area, just several kilometres from Luxembourg's border.

On Friday, Luxembourg's Environment Agency confirmed that a wolf's presence has been detected in the area. Experts from Wallonia confirmed the sightings on the basis of genetic analysis.

The Environment Agency added that, due to the proximity to Luxembourg's border, it's possible that the animal will pass through the Grand Duchy.

In Belgium, there have been multiple reports of wolves in recent years. A pack is resident in the Belgian High Fens, with new offspring in 2022. There is also a pack in Flanders, while at least 16 wolf cubs were born in the Netherlands this year.

Experts believe it is only a matter of time before wolves settle too in Luxembourg.

There have been a handful of sightings of the animals in the Grand Duchy, most recently in January near Wincrange, when a sheep may have been killed by a wolf. On these occasions though, the animals were only passing through.

If you spot a wolf in the wild, notify the Environment Agency (email: wolf@anf.etat.lu).

How to handle a wolf encounter

- Don't run away, this can trigger the hunting instinct.

- Don't move towards the wolf. Keep your distance while avoiding eye contact.

- At the same time, let your presence be known. Shout and wave your arms. If the wolf doesn't retreat immediately, back away slowly.

- If the wolf approaches, keep shouting and throw objects at them - such as branches or stones.

- Never try to lure a wolf to come closer with food, not even for a selfie!