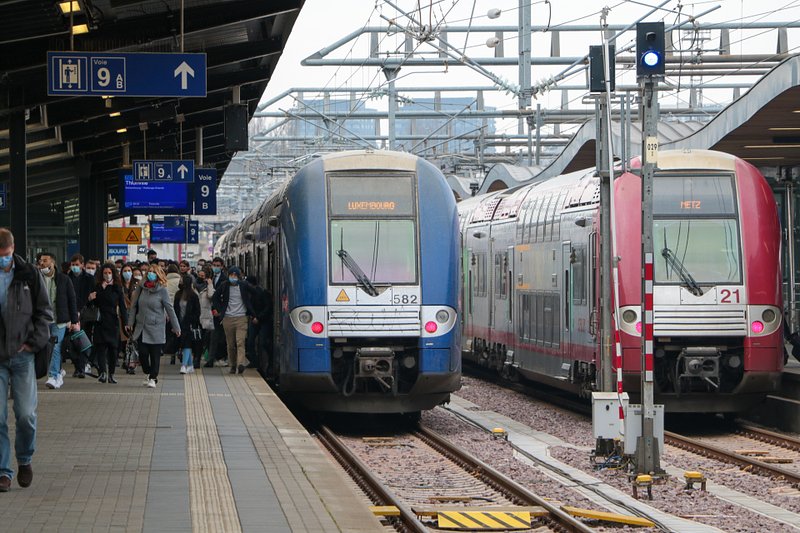 Commuters travelling from France into Luxembourg were hit by train strikes on Thursday, with some residuals delays expected on Friday.

The French rail network SNCF held a "national and interprofessional"  strike on Thursday, causing disruption to train services in and out of Luxembourg, among others.

On 29 September there were virtually no trains running between Metz and Luxembourg, with just a handful of services departing from Thionville and Metz between 6.57am and 9.24am.

Throughout the day, trains have been slashed, with minimal service to resume during the evening rush hour, from 4pm. The last train to leave Luxembourg City for Thionville will depart at 6.28pm, while the last train to Metz will depart the capital at 5.46pm.

The SNCF has warned that some disturbances are to be expected on Friday 30 September in the early morning as services resume.

Elsewhere, the  Longwy-Luxembourg line has escaped strike action as it is operated in partnership with CFL on line 70. The SNCF confirmed that the Longwy signal box will operate normally.