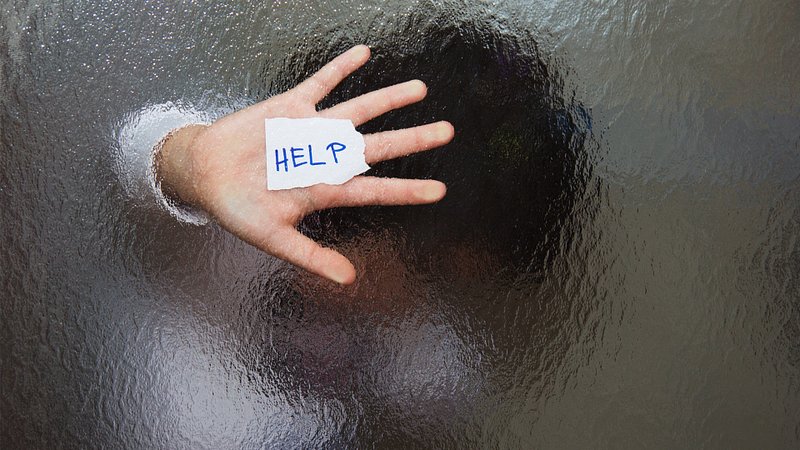 The perpetrator is the only one who can change their behaviour. RTL spoke with "Riicht Eraus", a service offered by the Luxembourg Red Cross, about available support programmes and what they entail.

In order to effectively fight domestic violence, there is no way around working with perpetrators. After all, they are the only ones who have the ability to change their behaviour. Based on years of experience, "Riicht Eraus" has found that 90% of culprits are men and 10% are women.

Laurence Bouquet, who is involved in the management of "Riicht Eraus", explains that the service is adamant in its belief that people can change. They must, however, actively work toward this goal, which is "not easy.". "Nobody likes to go somewhere and present themselves as a culprit," Bouquet states, "but this is extremely important, to recognise this fact and assume responsibility". According to Bouquet, it is this self-awareness that allows abusers to begin working toward ending their violent behaviour.

About a quarter of people voluntarily contact "Riicht Eraus" to receive counselling.

If the authorities evict a culprit from their home for two weeks, they have to attend a mandatory appointment with the service. According to Bouquet, if that person subsequently decides to continue attending sessions willingly, for example, because they find that talking about the issue helps them, the service considers that person to be a "voluntary attendee" from that point forward. Bouquet admits that this makes determining how people ended up in counselling "a bit difficult."

The will to stop being violent is the only prerequisite to benefit from the counselling provided by "Riicht Eraus". The service focuses not just on physical violence, but also on psychological, financial, and sexual violence.

Violence is "never accidental," Bouquet stresses, "we always say that it is an act resulting from a voluntary decision". Even if it is a decision taken in a fraction of a second, it is a decision nonetheless, Bouquet goes on to say: "It doesn’t just happen". This is a critical step, she explains, "as long as I cannot fully admit that I am responsible for what I did, I won't be able to change anything". "If it's the other person who provoked me, the other person who started it, then all I'm doing is shifting blame," Bouquet says

Once a perpetrator assumes responsibility, they are more likely to seek additional therapy and notice improvements in their life. They have to attend regular counselling sessions at "Riicht Eraus" for six months to ensure that the positive changes will last. But even after that time, the service is always available to them. If they are having difficulty dealing with any new issues that arise, they are advised to contact their counsellor – better too soon than too late.

The goal of "Riicht Eraus" is to support perpetrators without passing judgment on them as human beings.

Read parts 1-4 of this series as well: