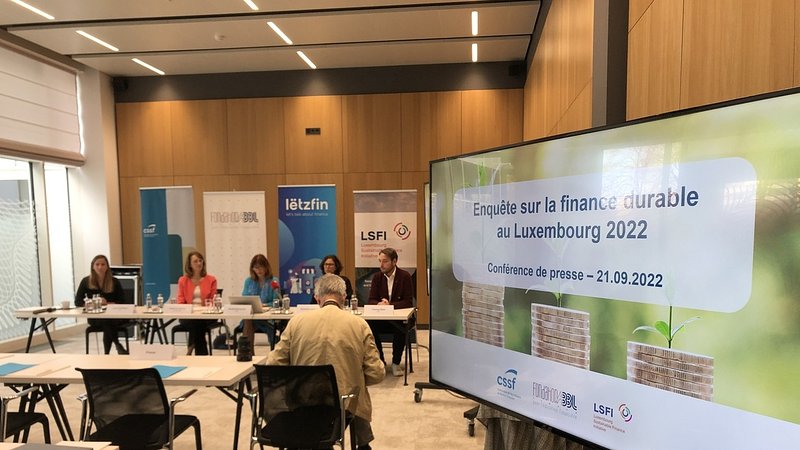 A new survey revealed that nearly half of all participants could not define the term "sustainable finance", despite the fact that respect for human rights is considered one of the main criteria when choosing investments.

Respect for human rights is just one aspect of sustainable finance, which also takes into account the impact on the environment, among other factors in the decision-making processes.

The survey was conducted by opinion research institute Ilres on behalf of the financial regulator CSSF, the Luxembourg Bankers' Association (ABBL) and the sustainable finance initiative LSFI. Participants were also asked what prevented them from investing in such products.

"Transparency, confidence, and information are all considered to be missing. As a fourth point, financial resources are not necessarily available for potential investors. Green-washing was also a topic that came up, but this is a new regulatory framework which is still in progress. It is also closely linked to the quality of the data available about different companies. Much of this is currently being worked on at a European level, so in future, things should be clearer."

The survey's results show that more information is required about sustainable finance, both within the sector and for the general public. The ABBL Foundation also plans to create a mobile game to spread awareness.