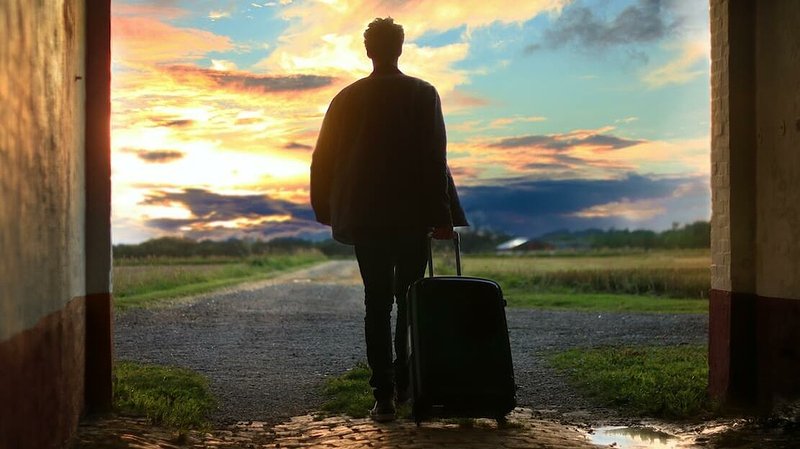 In Luxembourg, the average age for leaving home is 26 years and eight months, according to the European statistics agency Eurostat.

This figure is just above the European average, which was 26 years and six months in 2021. However, Luxembourgers are far from being the oldest to leave home: in Portugal, the average age is 33 and a half years.

Moving out is an essential step in transitioning from childhood to adulthood, as it signals financial independence as one steps towards starting one's own family.

Given the age at which young people move out varies considerably across Europe, it is also a useful indicator of the regional challenges young people currently face. 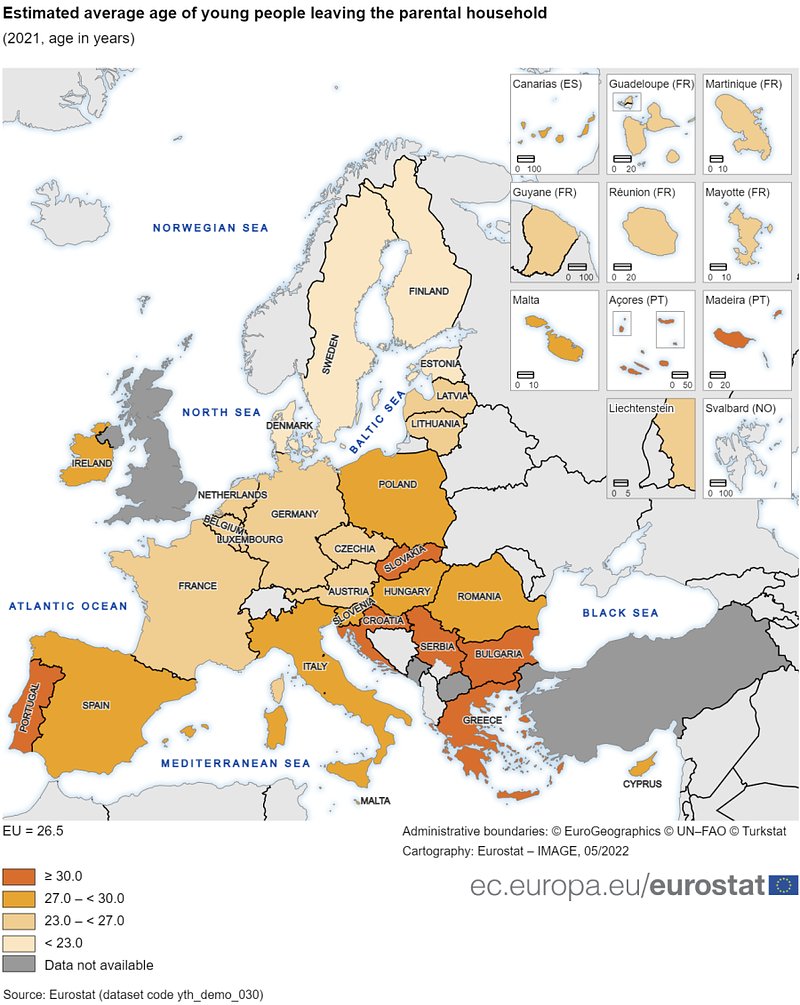 As well as Portugal, in Croatia, Slovakia, Greece and Bulgaria, the average age for leaving home is above 30. In contrast, Sweden, Estonia, Denmark and Finland have the lowest average age of 23 years or less. Economic uncertainty has risen sharply during the pandemic, which has had an impact on the timing of young people leaving the nest.

In 2020, Luxembourg was still just behind Sweden with an average age of 19 years and eight months. However, in just one year, the average age of moving out has risen by seven years.

Laura Merla, a sociologist at UCLeuven, points towards the unfavourable economic context which has seen a deterioration in the labour market with more precarious, flexible and shorter contracts, which make it difficult to pay the rent. 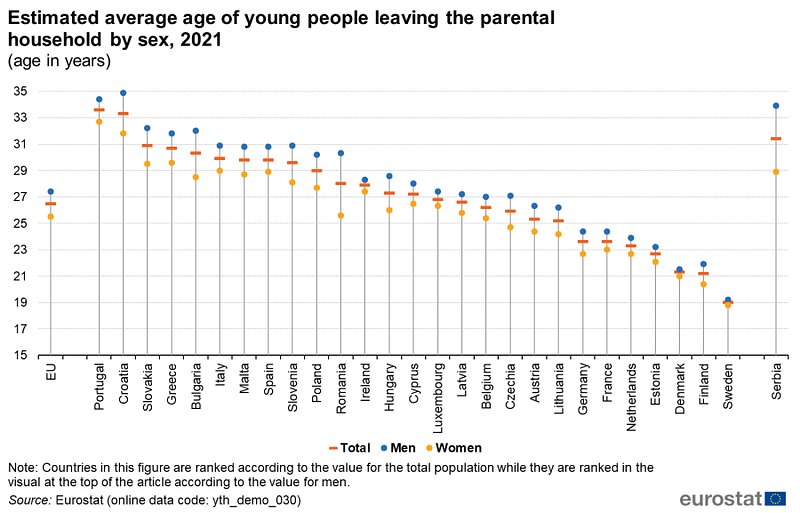 Gender also affects the age at which young adults leave their home, according to Eurostat. In all EU countries, women leave home earlier than men. In the EU, the average age of departure for women is 25.5 years, compared to 27.4 years for men.

The largest gender gap in 2021 is found in Romania, with a difference of 4.7 years compared to the European average of 1.9 years. In Ireland, Denmark and Sweden, the gender gap is less than one year.